"I'm looking forward to bringing them (audience) this celebration of cinema and music and can't wait for the reactions," said AR Rahman 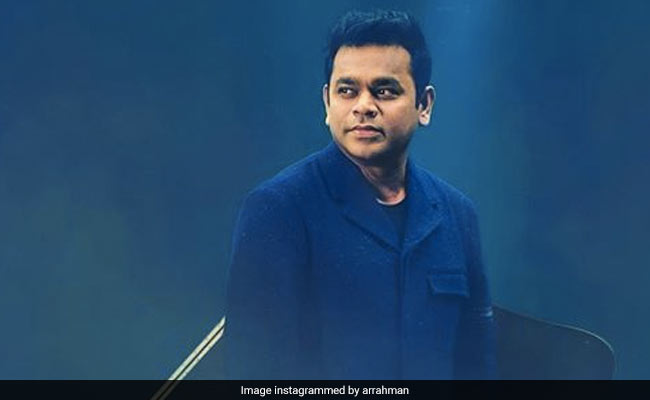 AR Rahman will perform live at the Busan International Film Festival and the Oscar-winning music composer couldn't be more "excited" about it. AR Rahman, whose debut production 99 Songs will be screened at the film festival on October 9, will give the audience a glimpse of his musical love story in the form of a live performance. Rahman, who has composed over 100 songs in several languages in a career spanning three decades, is the writer and the producer of 99 Songs. Sharing the good news with his fans on social media, AR Rahman wrote: "Excited to be performing at the Busan International Film Festival this year! #99SongsAtBusan."

Excited to be performing at the @BusanFilmFest this year! #99SongsAtBusan@vishweshk@itsEhanBhat@jiostudios@JioCinema@idealentinc@YM_movies#99SongsTheMovie#BIFF2019pic.twitter.com/eyPVaG65fq

Speaking about performing at the film festival, AR Rahman said that he can't wait for the audience's reaction. "I am delighted to be a part of this amazing gathering of film enthusiasts and have the screening of our labour of love at BIFF. The film's music is very special and so integral to its story that I feel compelled to introduce it to audiences at this very special event before the screening. I'm looking forward to bringing them this celebration of cinema and music and can't wait for the reactions," AR Rahman was quoted as saying by news agency PTI.

99 Songs is described as a sensual story about art and self-discovery of a struggling singer, who wants to be a successful music composer. It features Ehan Bhat, Edilsy Vargas and Tenzing Dalha in lead roles. The film also features Lisa Ray, Manisha Koirala, composer-drummer Ranjit Barot and Indian Ocean's Rahul Ram in supporting roles. 99 Songs is co-produced by Rahman's banner YM Movies and Ideal Entertainment.