Anushka Sharma's Qala Cameo Is Winning The Internet And How

Anushka Sharma shared a few BTS moments from the shoot 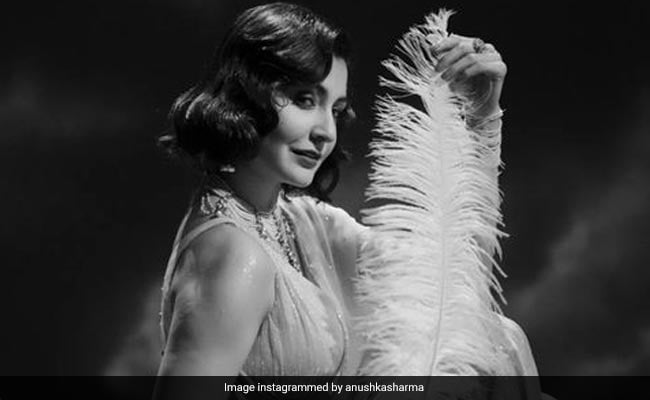 In Anvitaa Dutt's Qala, Anushka Sharma's cameo came as a surprise to the actress' fans. Anushka features in a greyscale montage of the track Ghodey Pe Sawaar, in which she plays the actress lip-synching the track which has been sung by Qala (Triptii Dimri) in the film. Anushka Sharma shared some behind-the-scene pictures of herself from her cameo and stunning can't even begin to describe them. She borrowed a few lines from the song in her caption and wrote: "Koi kaise unhe ye samjhaye. Anvitaa Dutt aap hi batayein (How does one explain it to them? You only tell, Anvitaa Dutt). Loved, loved, loved being a part of Qala's journey." In the comments section, Triptii Dimri, who plays the titular role in the film, wrote: "Beautiful as always."

Twitter was super thrilled to Anushka Sharma on screen after 4 long years and the many tweets prove that. Fans had been tweeting about the actress' cameo even before the actress dropped the aforementioned post.

What a warm surprise it was to see Anushka Sharma cameo at Qala tho, so so beautiful to see her in a periodic look and WHAT A CHARM

idk whtt too sayy,m justt the happiest one too see her onscreen after 4 yrs!!#AnushkaSharma#QalaonNetflixpic.twitter.com/beqTuyslhq

Some more tweets from fans.

It feels amazing to see #AnushkaSharma back on screen after 4 years.

Qala showcases the story of Qala, an aspiring singer, who spends all her life seeking her mother (Swastika)'s approval. Babil Khan stars as Jagan, a prodigy, who unknowingly becomes the biggest obstacle of Qala's life.