Anushka Sharma and Virat Kohli will stay in a spectacular Worli apartment, which Virat purchased in 2016 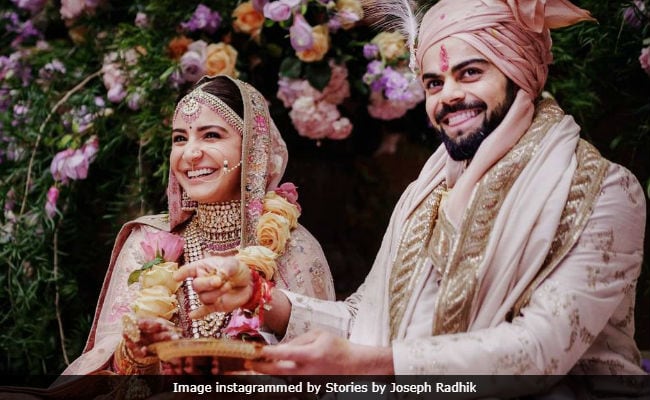 New Delhi: After the grand wedding, actress Anushka Sharma and cricketer Virat Kohli will move into a sea-facing apartment in Mumbai, say reports. Virat will be making the shift between cities, from his hometown of New Delhi to Mumbai where Anushka lives - this has been hailed with delight as it is so often the bride who moves. Details of the couple's spectacular new home have been shared by Architectural Digest. Virat and Anushka's new apartment is in Worli, part of Omkar 1973 Towers. The 29-year-old cricketer bought the 7,171-square-foot luxury apartment, which faces the Arabian Sea, in 2016 and it is said to be located in the most luxurious of the three towers of the complex, reports Architectural Digest.

The Worli high-rise offers state-of-the-art amenities such as an indoor tennis court and a pet clinic. According to the Architectural Digest report, the complex houses "a dedicated spa for pets, fitness and sports facilities, a sky terrace for hosting parties and dedicated areas for kids - including a creche, pool, and play area." Virat and Anushka's apartment apparently also has large verandas that extend off each of the four bedrooms.

Anushka will move out of the apartment in Badrinath Towers in Versova where she lives with her family.

Promoted
Listen to the latest songs, only on JioSaavn.com
Anushka Sharma and Virat Kohli married in a Tuscan resort on December 11. Their big fat Italian wedding was strictly family and close friends - nobody from the couple's celebrity circles was invited. Their wedding festivities, including a mehendi function and an engagement ceremony, were held over the weekend. For all three days, Anushka and Virat's wedding wardrobes were designed by Sabyasachi.