"I'm late to wish him again but he's so easy to celebrate at any time," wrote Anusha 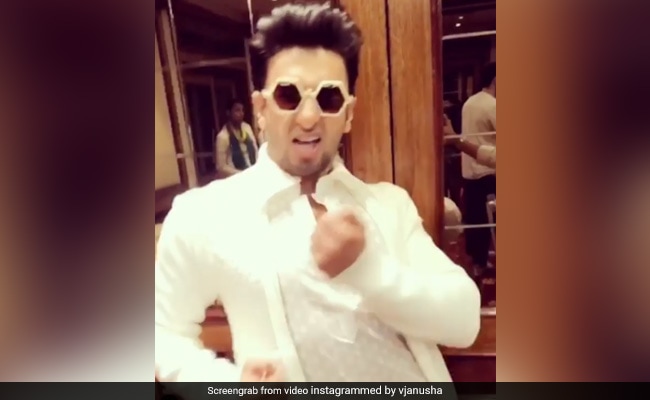 Ranveer Singh in a still from the video. (courtesy vjanusha)

Anusha Dandekar loves to dance and frequently posts videos from her dance sessions on Instagram. However, in her latest post someone else stole the attention and that someone happens to be Ranveer Singh. A few days after the actor's birthday, VJ Anusha posted a birthday greeting for the actor in the form of a throwback video, in which Ranveer can be seen dancing his heart out to the song I Hate You (Like I Love You), which featured Anusha along with Delhi Belly producer Aamir Khan. "I'm late to wish him again but he's so easy to celebrate at any time! Love his energy! And the fact that he put on my song to dance too! Hehe #goodvibes," she wrote.

I'm late to wish him again but he's so easy to celebrate at anytime! Love his energyyyy!!! And the fact that he put on my song to dance too! Hehe #goodvibes @ranveersingh @_aamirkhan #delhibelly

Anusha Dandekar stepped into the Indian entertainment industry with the TV show MTV Dance Crew. Anusha has hosted shows like MTV Teen Diva, India's Next Top Model, Rock On, Love School, among others. She was last seen as a host and mentor in the TV reality show MTV Supermodel Of The Year, which featured Malaika Arora, Milind Soman and Masaba Gupta. She has also been a part of films like Delhi Belly, Viruddh , Mumbai Matinee and Anthony Kaun Hai, to name a few.