Priyanka Chopra Is Sure That Ranveer Singh Is The "Life Of His Own Quarantine Party." So Are We 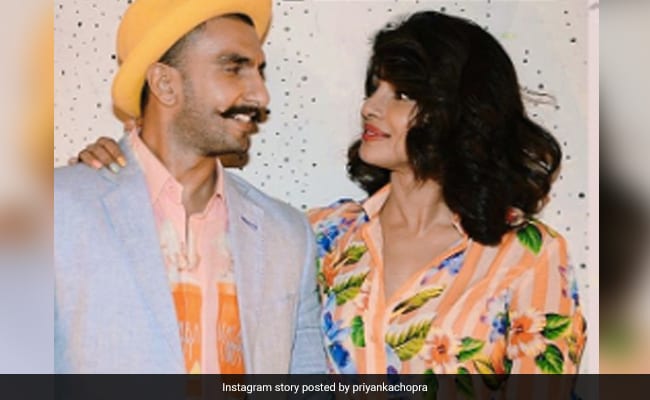 Priyanka Chopra, who starred as Ranveer Singh's onscreen wife Kashibai in the 2015 Sanjay Leela Bhansali-directed film Bajirao Mastani, posted an adorable birthday greeting for the actor on her Instagram story. Priyanka's post perfectly encapsulates the essence of Ranveer Singh's lively personality. Sharing a throwback picture with the birthday boy, Priyanka wrote in the caption: "Happy birthday, Ranveer Singh. I am sure you are the life of your own quarantine party." We couldn't have agreed more with the caption.

Take a look at Priyanka Chopra's birthday wish for Ranveer: 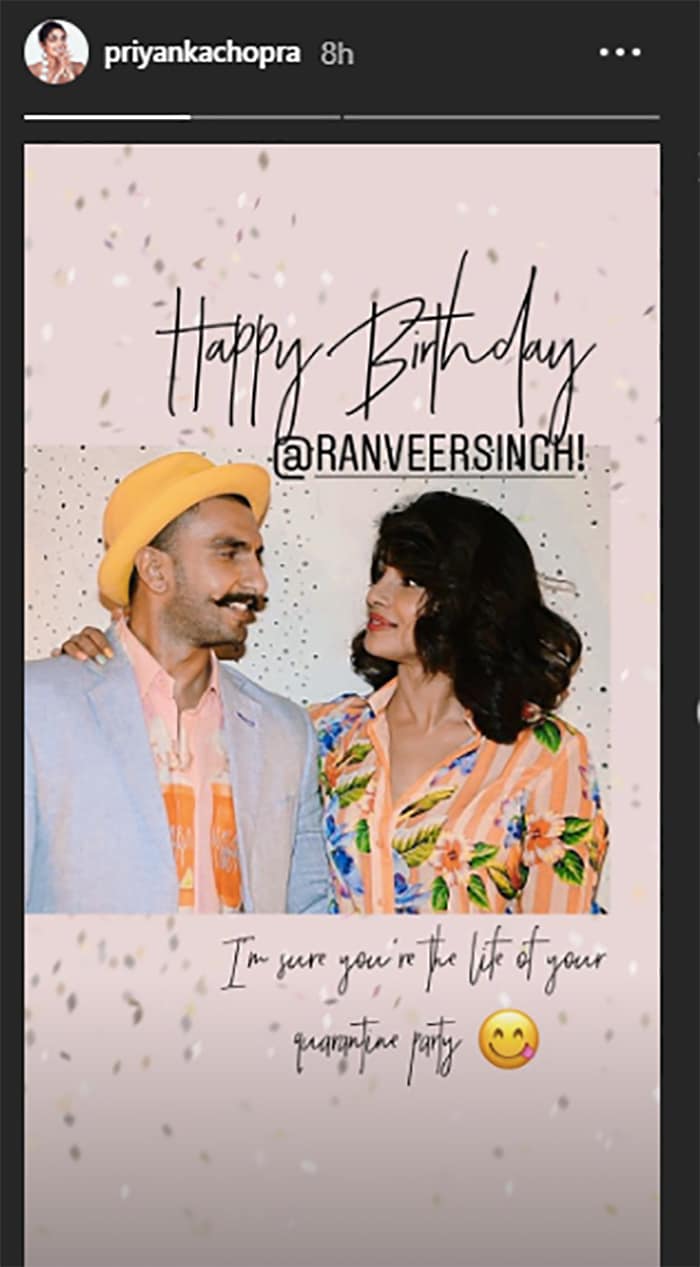 Meanwhile, here's how Deepika Padukone wished her husband. She posted a stunning picture and wrote: "The light of my life .The centre of my universe. I wish you good health and peace of mind in abundance. As for the rest, I'll tell you in person. I love you."

The light of my life.The centre of my universe.I wish you good health and peace of mind in abundance.As for the rest, I'll tell you in person! I Love You! #happybirthday