Priyanka, who recently signed a multi-million dollar deal with Amazon Studios for television content, got a shout-out from filmmaker Anubhav Sinha 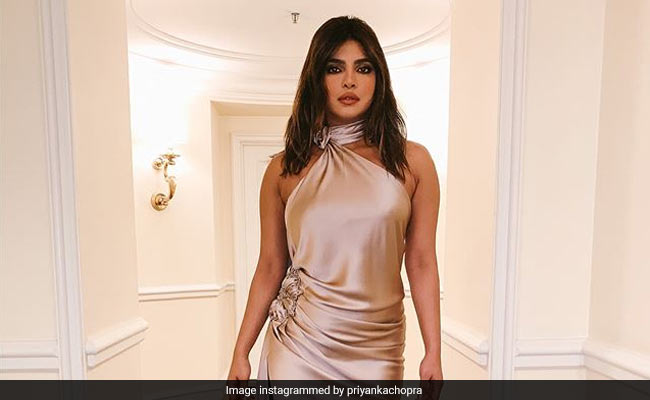 Priyanka Chopra, who is an actress, a producer, a global icon, a philanthropist, an entrepreneur, and a business woman, is an inspiration for many. Priyanka, who recently signed a multi-million dollar deal with Amazon Studios for television content, got a shout-out from filmmaker Anubhav Sinha on Twitter and responded with a sassy tweet. In his tweet, Anubhav Sinha referred to an old article which spoke disparagingly about Priyanka when it came out several years ago, only to highlight Priyanka's upward career graph. In response, Priyanka made a reference to Anubhav Sinha's film Thappad and wrote this filmy tweet: "Thappad nahi... kaam se maaro (Don't slap, kill them with work). LOL. Thank you Anubhav Sinha, for the support."

Priyanka Chopra, who has over 26 million Twitter followers, was showered with a whole lot of love for her cheeky reply, with fans describing her as an "inspiration." Several fans also asked Priyanka to share unknown details about her journey as an actress in her book Unfinished. "Work hard, stand tall," read a tweet while another user added: "Can't imagine what it must feel like to become a trailblazer against all the odds." Another follower wrote: "You've come so far and we're so proud of you." Here are some fan tweets:

Can't imagine what it must feel like to become a trailblazer against all the odds. You have no idea how much hope you give us. Honestly, your success feels personal for some unknown reason. It makes me so so happy.

You've come so far and we're so proud of you

PLEASE YOU HAVE TO SPILL IN YOUR BOOK UNFINISHED!! Do it pleaseeee!!

Priyanka Chopra will next be seen in Netflix film The White Tiger. She also has Netflix's superhero film We Can Be Heroes and a film with actress-comedian Mindy Kaling in the line up. Priyanka has also been reportedly roped in as part of the cast of Matrix 4. Priyanka will also host a sangeet-themed show with Nick Jonas for Amazon. Priyanka is also part of another Amazon project, a series titled Citadel, in which she co-stars with Richard Madden.