On Ranveer Singh's Birthday, MC Sher Aka Siddhant Chaturvedi Defines Their Relationship With A Pic 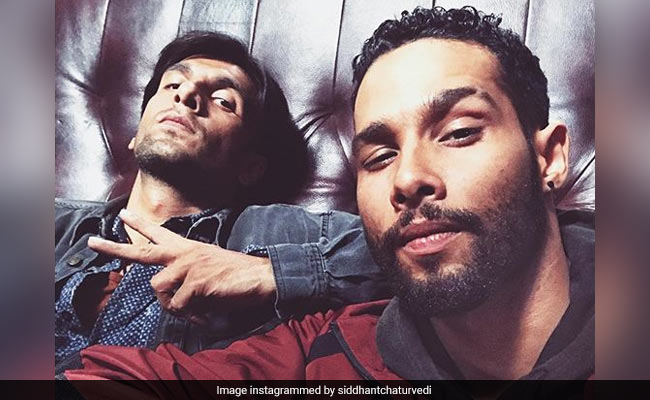 It's Ranveer Singh's birthday and we can't keep calm. The actor turned 35 on Monday and needless to say, a whole lot of love poured in for him on social media from the members of the film fraternity. Among them was also Ranveer's Gully Boy co-star Siddhant Chaturvedi, who catapulted to fame as MC Sher of the film. Siddhant picked an adorable picture of Ranveer Singh playing with a little kid wearing a t-shirt with "Jr MC Sher" printed on it and defined his relationship with the actor with these words: "This picture is the closest to understanding him and our relationship." He also accompanied the birthday wish for Ranveer, who is one of the most-loved actors in Bollywood, with a short note written in MC Sher's style: "Dil bohot bada hai mere bhai ka, shayad isliye aaj wo sab ke dillon mein hai aur macha raha hai! Happy birthday, Ranveer Singh."

Gully Boy, inspired by the life of rappers Divine and Naezy, is the story of Murad (played by Ranveer Singh), who rises from the slums of Dharavi to the centrestage of homegrown rap with the help of his mentor MC Sher (Siddhant Chaturvedi). The film also features Alia Bhatt and Kalki Koechlin but more on that later. First, take a look at Siddhant Chaturvedi's post for Ranveer Singh here:

A post shared by Siddhant Chaturvedi (@siddhantchaturvedi) on Jul 6, 2020 at 3:07am PDT

Alia Bhatt, who played the role of Murad's love interest in the film, also wished Ranveer Singh on social media. She shared a picture of him on her Instagram story and wrote: "Happy birthday you lovely human, pure soul, magical actor and top friend." 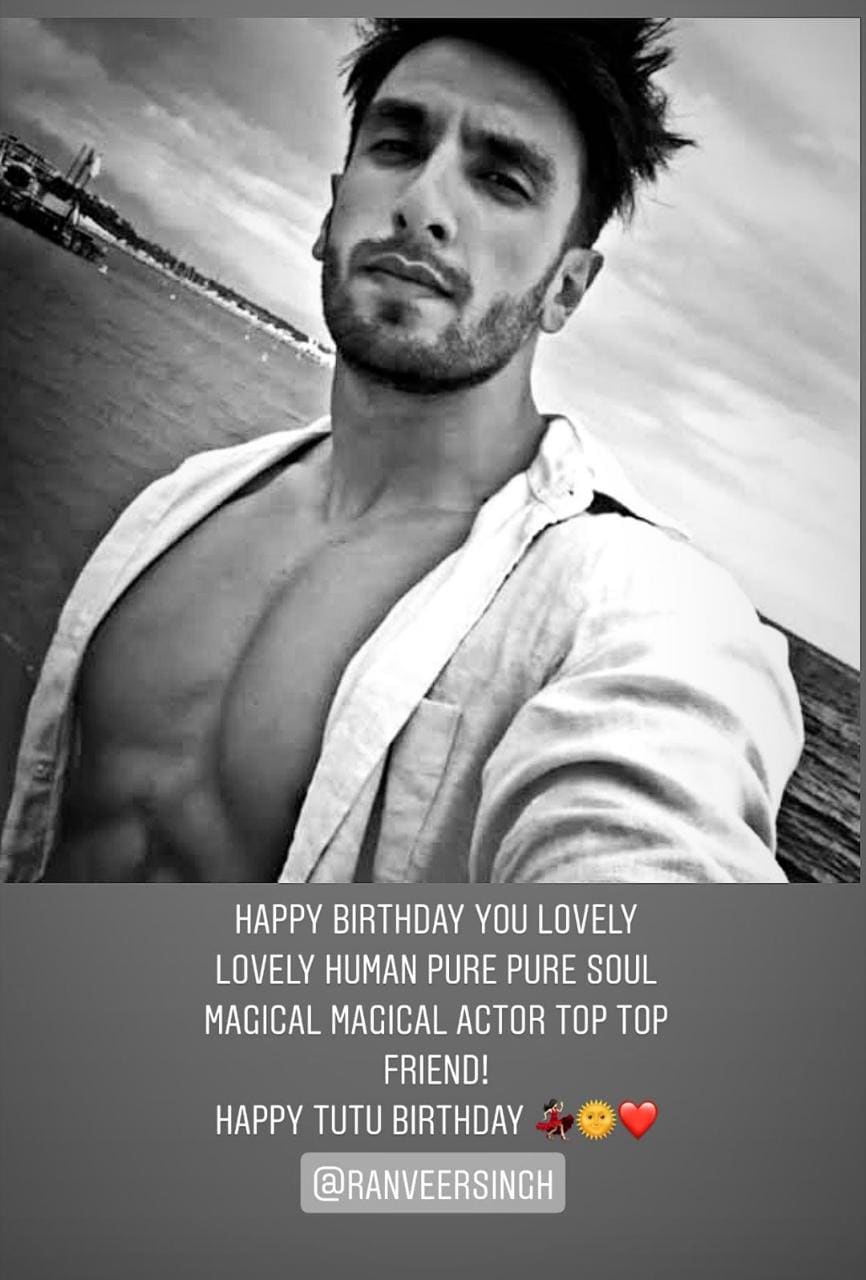 Gully Boy, directed by Zoya Akhtar, was critically acclaimed when it released in February last year. It was even selected as India's official entry for the 92nd Academy Awards in the Best Foreign Language Film category. Back at home, the film swiped the top eleven awards at this year's Filmfare, including the Best Actor, Best Director, Best Film, Best Actor In A Supporting Role, Best Dialogue and Best Screenplay among others.