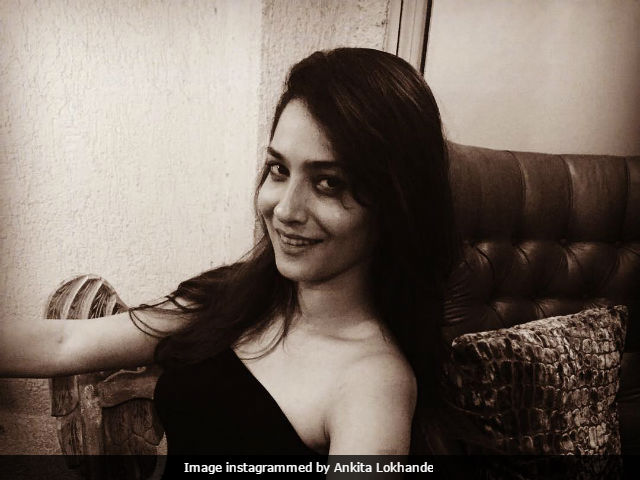 New Delhi: There was a time when actress Ankita Lokhande would open up on social media about her loneliness and pour her heart out with posts, after she parted ways with long-time boyfriend Sushant Singh Rajput. But not anymore. The Pavitra Rishta actress has reportedly moved on. According to a report published in Mid-Day, the actress is rumoured to be close to Mumbai-based businessman Vikram Jain, also known as Vicky. Vicky, who is originally from Raipur, reports Mid-Day, is friends with a lot of people from the television industry and is the co-owner of the Mumbai team of Box Cricket League, a sports reality entertainment show. The industry is abuzz with the alleged closeness of the two.

"They have known each other for the past few years. They met through common friends from the telly world. But recently, the two have got close. That they are more than just friends was evident from their body language at a Holi bash last month. Vikas and Ankita often hang out together with common friends. Vikas has also been spotted visiting Ankita at her Malad home. Considering that Ankita went through heartbreak just last year, she has been taking things slowly," Mid-Day quoted a source as saying.

Promoted
Listen to the latest songs, only on JioSaavn.com
Ankita and Sushant Singh Rajput's relationship was a talking point in television town for a long time. Sushant had in fact revealed plans of a 2016 wedding with Ankita. However, things went kaput after the former's alleged closeness with Kriti Sanon.

Sushant and Dilwale actress Kriti Sanon have time and again denied dating rumours. They co-star in Homi Adajania's Raabta which releases later this year. The film is directed by Dinesh Vijan.