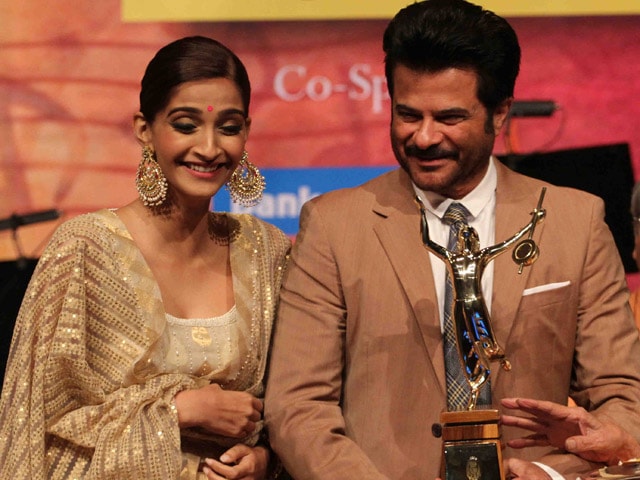 A file photo of Sonam Kapoor and Anil Kapoor

Mr Kapoor, 59, says that he is happy about the change of trend in filmmaking.

"There are changes in filmmaking. People are making films on sports personalities and athletes. Even Neerja is based on the life of a girl who was not so popular before the film was released. Now people know her," said Anil.

Asked if the film made him proud, Anil Kapoor said, "Very Much."

Anil Kapoor was in Delhi with his Dil Dhadakne Do co-star Farhan Akhtar at an event to announce the 17th edition of the International Indian Film Academy (IIFA) awards. The four-day award show will be held in Spain from June 23.

The actor, who has been in the industry for over 40 years, is also excited about his son Harshvardhan's acting debut with Mirzya.

"I am excited to see him on screen. I think he got a great start in the form of director Rakeysh Omprakash Mehra. They are so committed to craft and cinema so I am sure he is in right hands. The film is releasing on October 7," he said.