Anil Kapoor On His Long Career: Believed In Marathon, Not 100-Metre Dash

Anil Kapoor said that he strived for "longevity" as an actor 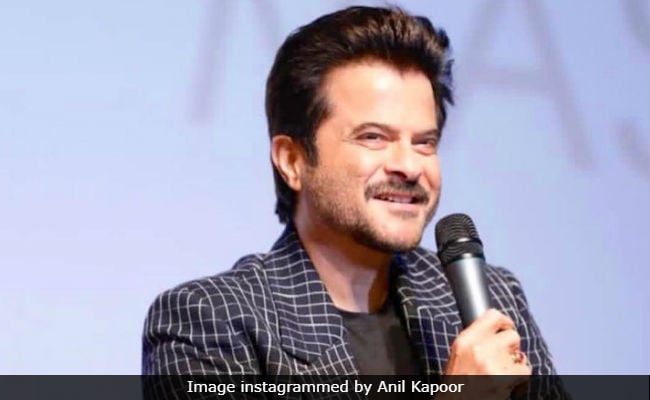 A photo of Anil Kapoor speaking at the International Film Festival of India. (Image courtesy: Instagram)

Anil Kapoor on Tuesday said he always strives for "longevity" as an actor in films and never wanted to become an instant star. The actor said he realised early on that he needs to work on his fitness to be able to maintain the stamina to play diverse roles. "I believed in marathon. I was never for a 100-m dash...That I become a big star in five-six years and fade away. I've been in this business for 38 years now. The reason is I was consistent, committed, worked hard and I was never delusional about myself. I worked with good directors. I listened more than I would talk," said Anil Kapoor

"I worked towards my physicality because I need that strength and stamina to portray all the characters. In trying to maintain the energy to be in front of the camera, I started looking after myself," he added. The actor was speaking at a session 'Masterclass with Mr India', moderated by his producer daughter Rhea Kapoor at the International Film Festival of India (IFFI).

The actor said he would constantly feel that he is "not good enough" and it was this "insecurity" that pushed him to work harder.

"Everybody felt I'm an actor but I don't have the looks. There were Sanjay Dutt, Jackie Shroff, Sunny Deol, Dharmendra, Mithun Chakraborty, all great looking guys. They felt he acts well but doesn't have looks. And now, somehow everything is changing. There's a shelf-life in sports and in films but you should try your best to increase it as much as you can. That you can do by keeping yourself fit - mentally, physically, spiritually." he said.

Anil Kapoor said after a certain age actors must re-evaluate themselves and try to find out roles that suit them. "I can't play a 20-year-old guy. You have to be sensible enough to do roles and you have to think of roles which will suit me when I'm 40-years-old. Life goes on. You have to reinvent and rethink yourself. And there are still so many other roles that I can still do," he said.

The actor, however, added that nowadays getting the physicality right has taken precedence over honing the craft. "Somewhere I feel that has titled more towards the way they look rather than them trying to become a better actor. Focusing too much on looks can stagnate you and a time will come where you'll have nothing inside you left to give to the audience, the director, the writer and the role," he said.

"You have to travel, read, watch as many films as possible, observe, take a break... There are so many things which can help you become a better actor," he said.

When asked how women are still not allowed to pursue their dreams, Anil said the times are changing. "I believe girls are superior to boys. I have said that all my life. That's the kind of atmosphere we have in my household. Girls dominate and rule the home. Once you start believing like that they are special, superior, automatically you let them be," said Anil Kapoor.

"They are multi-talented, they can multitask. They are so wonderful and beautiful. I can't imagine a world without them. The more the women in the world, the better it is," he added.

Nepotism was the word that flashed in the minds of many when Anil Kapoor and Rhea were announced to be attending the session together. Recognising the obvious, the producer said she is aware about her privilege. She, however, added that she would never apologise for how much hard her parents work.

"I'm very aware I'm blessed, privileged, lucky. That my father and mother have made a lot of sacrifices so that I could be the 'star kid' or whatever they call it. I'm not blind about it. I know a lot of people are not in my place but I'm never going to apologise for how much my parents work. I'm trying to be compassionate and put myself into everybody's shoes but Anil Kapoor is the only father I've ever had. I love my life, had a wonderful childhood and have great parents," Rhea said.

(Except for the headline, this story has not been edited by NDTV staff and is published from a syndicated feed.)
Comments
anil kapooranil kapoor filmsanil kapoor career