Anil Kapoor Always Had His Eyes On The Camera. Can You Spot Him In This Pic? 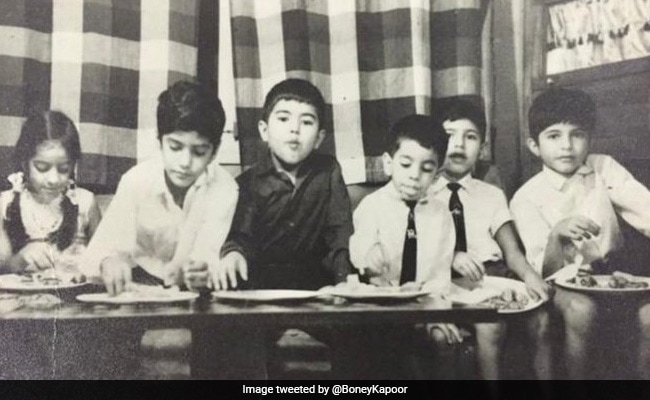 Boney Kapoor, on his cousin Sunil Kapoor's birthday, dug out a rare throwback picture from their childhood days. The picture features the film producer along with his cousin Sunil, who he lovingly addressed as "Tony." It also features Boney Kapoor's brother and Bollywood veteran Anil Kapoor. Boney Kapoor helped us spot him and Anil Kapoor in the picture. Boney Kapoor revealed that he is the kid who can be seen tucking into the meal, while Anil Kapoor, on the extreme right, can be seen posing for the camera. He captioned the post: "Childhood memories. Celebrating birthday of my cousin Tony (Sunil Kapoor). I am seated next to Tony relishing the meal and Anil Kapoor, extreme right poses for the camera."

#Childhood memories. Celebrating birthday of my cousin Tony (Sunil Kapoor). I am seated next to Tony relishing the meal & @AnilKapoor extreme right poses for the camera pic.twitter.com/K94P5ujhvP