Ananya Panday: Varun Dhawan Knows I Am In Love With Him And It's Awkward 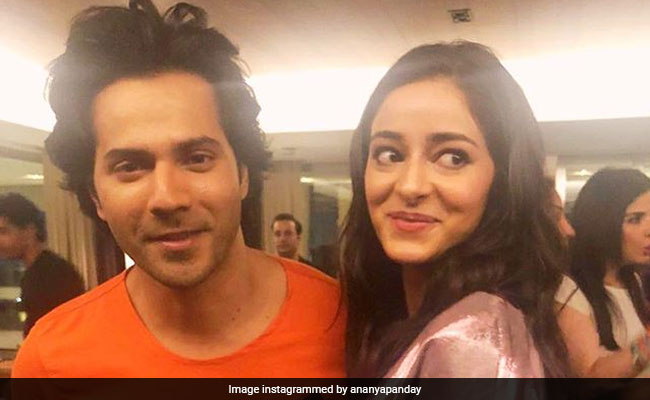 Ananya Panday is yet to make her Bollywood debut but has quickly become everyone's favourite because of her spunky nature and outspokenness. The actress has been trending recently for her comments on Varun Dhawan in an interview with Elle India, which featured in the magazine's April issue. Ananya Panday, who covered Elle India's April issue in style, confessed her "love" for the former student when asked about the stars she look up to. Mentioning Alia Bhatt and Kareena Kapoor, Ananya said: "Alia Bhatt and Kareena Kapoor Khan. I am obsessed with both of them. Even Varun Dhawan! His energy...and he is so cute. He knows I am in love with him and it's a bit awkward."

Well, this shouldn't come as a surprise as on Varun Dhawan's birthday this year, Ananya poured her heart out to Varun as she wrote in her post: "Happiest birthday to the student I'll always be crushing on!" In the comments section, Varun replied: "We must get a better picture. You're looking solid."

Happiest birthday to the student I'll always be crushing on! #StudentNo1 #StudentOfTheDecade

Ananya Panday also scored a hug from her favourite Alia Bhatt, who makes a special appearance in Student Of The Year 2's Hook Up Song. "'Team Shanaya' for life," Ananya captioned the photo.

2012's Student Of The Year not only marked Alia Bhatt and Varun Dhawan's Bollywood debuts but also of Sidharth Malhotra's. And this is also not the first time a newcomer has confessed about crushing on a former student. On an episode of Koffee With Karan, Tara Sutaria said that she has a "crush" on a former Student Of The Year actor. She co-stars with Ananya and Tiger Shroff in the upcoming movie.

Directed by Punit Malhotra, Student Of The Year is all set to hit screens on May 10.