Ananya Panday Shares Holiday Postcards All The Way From Italy

When in Italy, do as Ananya Panday does 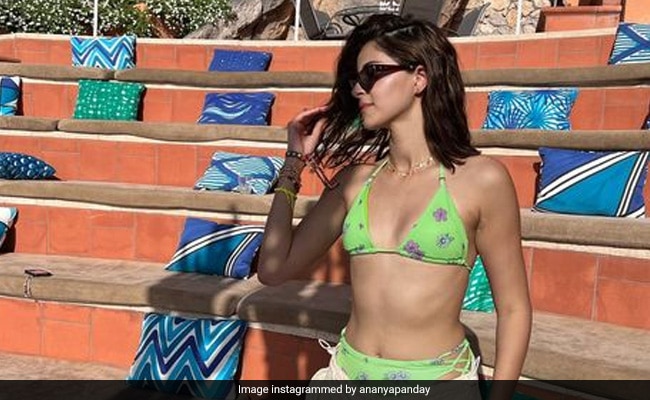 Ananya Panday's Instagram profile looks like giant travel postcard and we are not complaining at all. The actress checked into Capri, Italy earlier this week and has been sharing stunning pictures post after post. On Thursday, she shared a photo album captioned: "Just a girl obsessed with lemon sorbet." She later posted a set of pictures, in which she can be seen soaking up the sun. Ananya paired her green swimwear with pants in one of the pictures. She simply captioned the post: "Capri-sun." In the comments section, Ananya's bestie Suhana Khan dropped heart-eyed emojis. Ananya's mom and Fabulous Lives Of Bollywood Wives star Bhavana Pandey posted heart emojis.

This is what Ananya Panday posted:

Ananya Panday, daughter of Bollywood actor Chunky and Bhavana Pandey, made her Bollywood debut in the year 2019 with Dharma Productions' Student Of The Year 2, co-starring Tiger Shroff and Tara Sutaria. Ananya also featured in Pati Patni Aur Woh, co-starring Kartik Aaryan and Bhumi Pednekar. She also starred in Khaali Peeli, with Ishaan Khatter. She will next be seen in Kho Gaye Hum Kahan, alongside Siddhant Chaturvedi and Adarsh Gourav.

In terms of work, the actress was last seen in Puri Jagannadh's Liger, alongside Vijay Deverakonda and Mike Tyson. The film opened to underwhelming box office numbers. She also starred in Gehraiyaan, alongside Deepika Padukone and Siddhant Chaturvedi earlier this year.