An Important Day In Shahid Kapoor's Daughter Misha's Life, Rounded Off With A Treat

We can't decide which is cuter - the note or baby Misha in the picture? 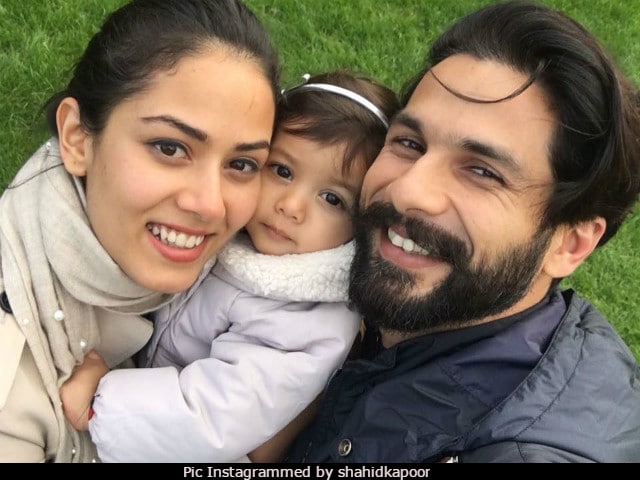 New Delhi: Shahid Kapoor's daughter is embracing the joys of growing up, one step at a time. The little one, who just celebrated her first birthday on August 26, had a red-letter day on Monday - she had her ears pierced. Shahid, who always posts updates about Misha and Mira on Instagram, could not let this one go. Shahid posted a cute picture of his daughter, in which Misha can be seen pre-occuoied with a little treat she rightfully earned after her visit to what must have been a piercing studio. Shahid also followed it up with a note on behalf of Misha, which read: "Finally got my ears pierced! Thanks for the lollipop treat Mumma. You're the best! #whendadisaway." Aww.

We can't decide which is cuter - the note or baby Misha in the picture? Posted earlier today, the photograph already has some 386,875 'likes' and 1,462 comments, most of which only pointed out how cuteness overloaded Misha's picture is.

Earlier this month, Misha helped make her mother Mira's birthday extra sweet, cutting the cake with her fingers and going a little messy with it. Nobody seemed to mind: "Guess who finished mommy's birthday cake," wrote Shahid.

It was only last month that the Kapoor trio were vacationing in London and having the time of their lives. There are post-card worthy moments, mostly featuring Misha, on papa Shahid's vacation diaries.

Promoted
Listen to the latest songs, only on JioSaavn.com
In 2015, Shahid Kapoor and Mira Rajput married in a close-knit ceremony in New Delhi and Misha was born in August the following year. Misha has already become a favourite with the paparazzi and is often spotted arriving to pick Shahid up from the gym. Misha also accompanies her mother to lunch dates, shopping trips and day parties.