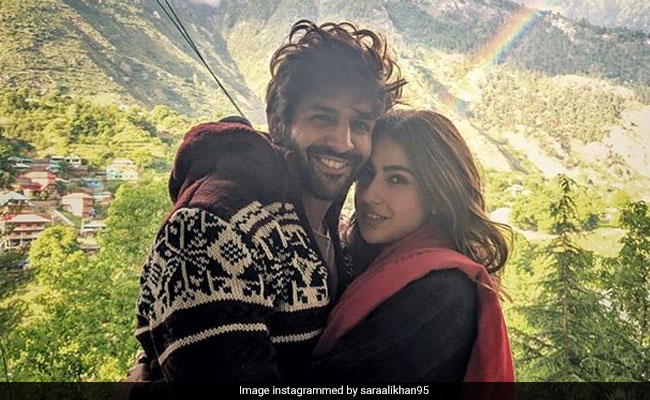 Sara Ali Khan and Kartik Aaryan are a trending duo not only for their new film Love Aaj Kal 2 but also for their rumoured romance and public appearances together. Now, a source told Bollywood Life that Kartik would often join Sara in her video call sessions with mom Amrita Singh during Love Aaj Kal 2 shooting days: "Sara was away shooting in Himachal Pradesh for a long time for Love Aaj Kal. She would face-time with her mom daily as and when she was free. Even Kartik Aaryan would join in the conversations at times. Amrita

It's a WRAP!! 66 days & a million memories Thank you @imtiazaliofficial for making my dream come true I truly appreciate your warmth, patience and consideration with me every single day. Being on your set has been a privilege that I will always cherish and already missThank you @kartikaaryan for instantly making me comfortable with you, for selflessly giving and for consistently looking out for me. From coffee's about you to chai's with you, I wish we could do it all over again I'm going to miss you more than you know and more than I can admit Imtiaz Ali's next with @kartikaaryan and @randeephooda. Releasing on 14th Feb 2020. Presented by @officialjiocinema , #DineshVijan's @maddockfilms , @imtiazaliofficial & @reliance.entertainment @wearewsf

Meanwhile, it's safe to say that Kartik Aaryan has bonded well with Sara's brother Ibrahim Khan. Sara recently made her ramp debut as she walked the runway for Falguni and Shane Peacock at the FDCI couture week - spotted cheering from the front row were Kartik and Ibrahim, who even waved to her from the audience.

Now, how many of your remember Saif Ali Khan's ROFL response when asked about the three things he would want to know about the person Sara is dating? Here's a recap anyway: Apart from checking his knowledge on "political views and drugs", Saif would like to know if Sara's boyfriend has a handsome bank balance. Later, when Sara said she wants to date Kartik Aaryan, Saif jokingly added: "Has he got money? Take her." LOL. "You've got to stop saying that. It's wrong!" Sara lodged protests.

Love Aaj Kal 2 is the sequel to Imtiaz Ali's 2009 film Love Aaj Kal, which starred Saif and Deepika Padukone in the lead. It marks Sara and Kartik's first film together.