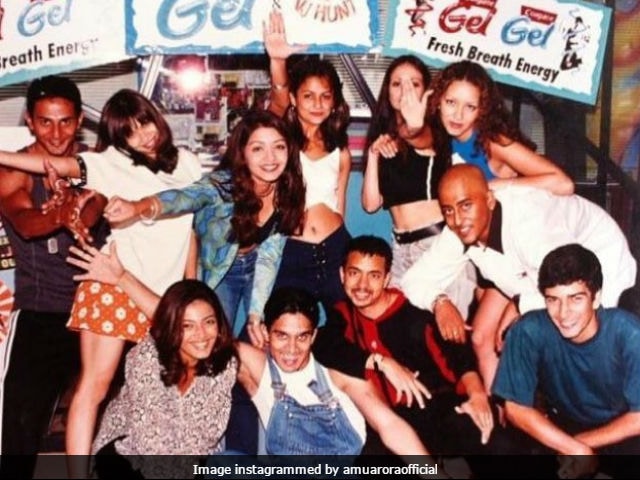 New Delhi: Amrita Arora delighted all her fans and followers on Instagram by sharing an incredible throwback picture from the nineties. For those of you who don't know, Amrita, 36, started her career as a television presenter and VJ. She featured in shows like Housefull and Chill Out. The nostalgic picture shared by Amrita also features radio/video jockey Nikhil Chinapa and Maria Goretti-Warsi. The image has been captioned as, "Whoaaa major throw back ! 1997 the MTV vj hunt crew ...spot me ? Baby of the group ..all of 17." Amrita Arora made her Bollywood debut in 2002 with Kitne Door Kitne Paas, co-starring Fardeen Khan.

Amrita Arora is Kareena Kapoor Khan's best friend and she makes sure to keeps us all posted by sharing videos of their religious workouts at the gym.

From jogging to kettle bell squats, the videos shared by Amrita will definitely motivate you to maintain a healthy routine.

Promoted
Listen to the latest songs, only on JioSaavn.com
See the videos shared by Amrita Arora here:

And this was only the 2nd set of the entire workout !!!!Gutsssssssssssss

Amrita Arora got married to businessman Shakeel Ladak in 2009. The couple have two sons Azaan, 7 and Rayaan, 5.