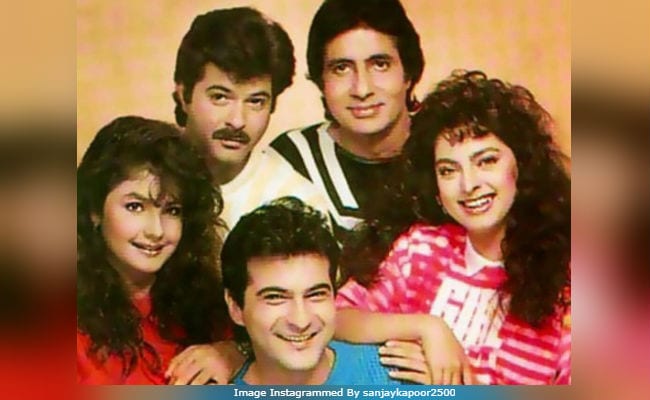 New Delhi: Is it Thursday, yet? No, it's not. Guess Throwback Thursdays are passe now. Actor Sanjay Kapoor delighted Instagram with a 'major throwback' picture of himself with Amitabh Bachchan, Anil Kapoor and actresses Juhi Chawla and Pooja Bhatt. (Anil Kapoor is Sanjay's elder brother). The picture appears to be taken during the Nineties and looks like that they were posing for a magazine shoot. These stars haven't co-starred in a film together. "Major throwback," Sanjay Kapoor captioned the post, which was shared a few hours ago. "What an epic picture" and "all my favourites in one frame" are some of the comments posted on the picture.

Take a look at the throwback picture here.

Sanjay Kapoor is married to Maheep and the couple are parents to son Jahaan and daughter Shanaya.
Comments
Sanjay kapoorAnil KapoorAmitabh Bachchan