Alia Bhatt's Sunday With The Kapoors: Date With Ranbir, Lunch With His Family 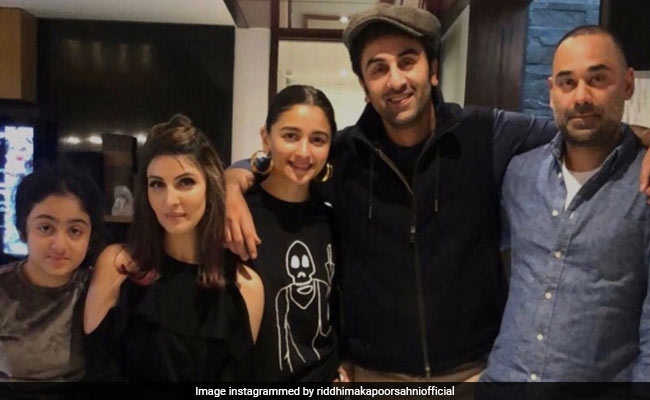 After lunch, it was "date-o'clock" for Alia Bhatt and Ranbir Kapoor. The actress posted a stunning selfie of herself on her Instagram profile on Sunday night. Alia's pick was knitwear and hoop earrings. Also, the Internet was busy wondering if they spotted clothes from Ranbir's wardrobe in the backdrop of her picture. Take a look at the picture here:

Alia Bhatt's family and Ranbir Kapoor's family ushered in 2021 together in Ranthambore, where they were joined by Ranveer Singh and Deepika Padukone, who were also holidaying there.

Ranbir Kapoor confirmed his relationship with Alia Bhatt in an interview last year, where he referred to her as his "girlfriend" and said that if it weren't for the pandemic, they would have been married. Fans of Alia Bhatt and Ranbir Kapoor will get to see them share screen space in Ayan Mukerji's Brahmastra.