How excited are you to see Alia Bhatt's shot? 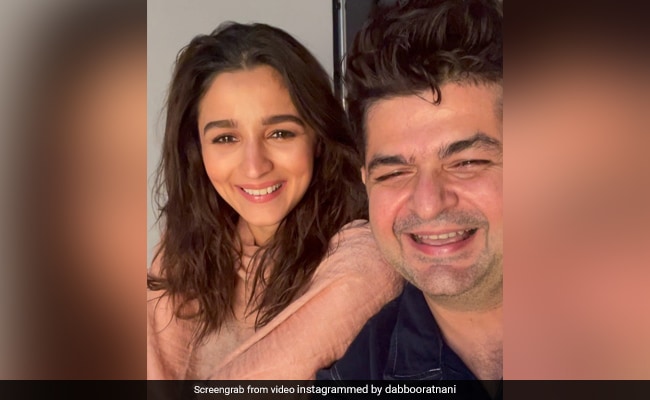 Alia Bhatt and Dabboo Ratnani in a still from the video. (courtesy dabbooratnani)

Photographer Dabboo Ratnani has begun shooting for his 2021 calendar and can you guess who is the first Bollywood star to be a part of the shoot? Alia Bhatt it is. The duo recently shot for the annual calendar in Mumbai and we can't keep calm. Dabboo Ratnani shared a BTS video from the shoot on his Instagram profile. In the video, Alia said that she has fun shooting for the calendar and added, "You will be floored by my shot." To which Dabboo Ratnani added, "Yes, watch out for her shot." The comments section of the post was filled up with remarks like "Can't wait" and "Really excited for this one." Sharing the video, Dabboo Ratnani wrote: "BTS with Dabboo with my favourite Alia Bhatt. #dabbooratnanicalendar #2021."

The actress' upcoming projects include Ayan Mukerji's fantasy trilogy Brahmastra, co-starring Ranbir Kapoor and Amitabh Bachchan, and SS Rajamouli's RRR. She will also be seen in Gangubai Kathiawadi, which will be directed by Sanjay Leela Bhansali.