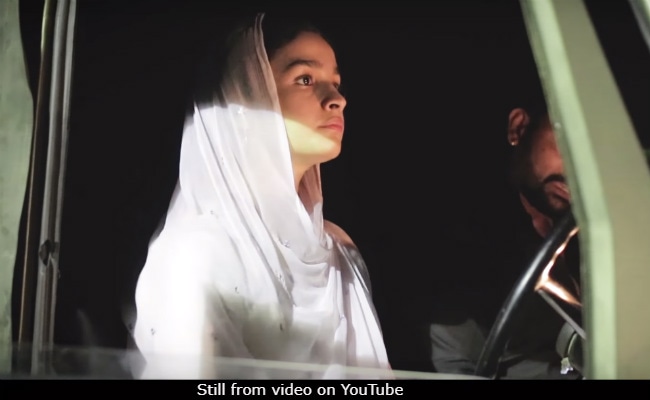 New Delhi: The trailer of Alia Bhatt's Raazi released earlier this week and went viral for all the right reasons. Alia plays the role of Sehmat - an Indian spy married to a Pakistani army official in the movie, and hence, leads a dual life of an informant and a wife. The makers of the film recently released a behind-the-scenes video in which Alia can be seen training for her onscreen spy persona. In the video, Alia says she's proficient in Morse Code now, having memorised it for the film. While she enjoyed the spy sequences to the core, there was one "terrifying" bit which Alia had to battle on set. She had to drive a Jonga jeep in one of the sequences and she had no idea how.

"The most terrifying part was when I had to drive a Jonga. I have never driven it before in my life and I was a little nervous about that because there was a very important sequence where I had to drive that car. So, then, started my driving lessons when I would go to Dharma Productions' basement. So I landed up circling in the basement at 7am in the morning because that's the only time the basement was most empty," Alia said in the video. Set in 1971, Raazi tracks the story of Sehmat, who has her priorities sorted - "Watan ke aage kuchh nahi, khud bhi nahi" - Sehmat says in the trailer.

Alia said her training included a lot of real-life spy activities: "There was a lot of spy activities that I had to do on set. One of them was Morse code. In the film, there's a lot of intel that I transfer through Morse. I actually had to memorise the codes and I landed up mugging all the codes." However, it was fun being a spy on screen, said Alia: "I loved all the spy sequence, for some silly reason I really like these sly spy sequences."