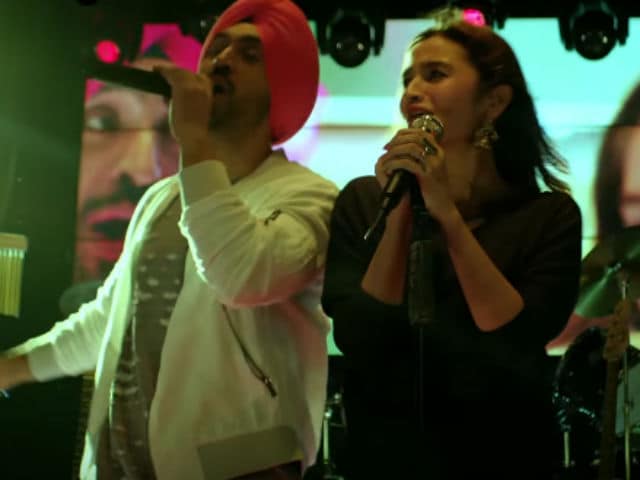 Diljit Dosanjh and Alia Bhatt in a still from the video of Ikk Kudi.

Alia has sung another version of the Udta Punjab song Ikk Kudi with Diljit.

Alia, who impressed her fans by singing Samjhawan for her 2014 film Humpty Sharma Ki Dulhania, said that she had fun shooting for the new song with her Udta Punjab co-star.

Such an honour to sing my second song with @diljitdosanjh!!!! Had too much fun while shooting it!!! Thank you #AmitTrivedi#DoganaJodi

Abhishek Chaubey's Udta Punjab stars Shahid Kapoor as a drug addicted rockstar and Alia Bhatt as a Bihari migrant. The movie deals with the issue of drug abuse in Punjab and features Kareena Kapoor as a doctor and Diljit Dosanjh as a cop.