Alia Bhatt And Sister Shaheen, Missing Each Other, Light Up Instagram With Adorable Posts

"I miss you so much it hurts," wrote Alia Bhatt 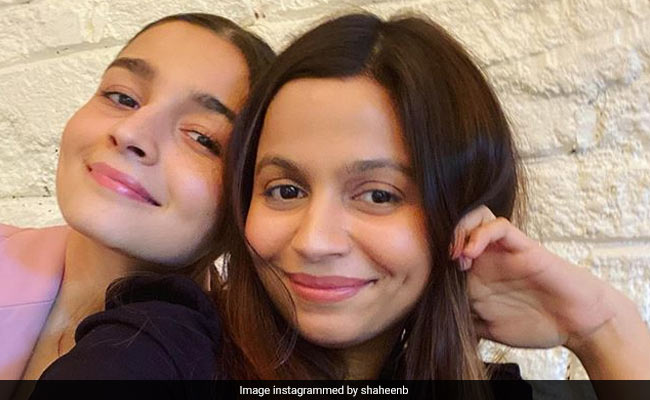 Alia Bhatt and Shaheen look so cute in this photo. (Image courtesy: shaheenb)

Alia Bhatt and sister Shaheen gave us sibling goals on Tuesday with their adorable social media posts for each other. The duo are missing each other a lot and that's why, they lit up Instagram with sweet "miss you" notes. While Alia Bhatt posted a boomerang on her Instagram story featuring the Bhatt sisters relaxing and sun-bathing, Shaheen dedicated a post to the actress, in which they both can be seen adorably posing for the camera. In Alia's post, she can be seen sporting a white outfit and recording a clip as Shaheen rests her head on the actress' shoulder. "I miss you so much it hurts," she captioned the clip.

Shaheen, sharing the heart-warming photo, wrote: "You can't spell miss without iss. And if you rearrange iss, it spells sis. Coincidence? Probably. But it works for this caption so leave it alone." She picked quirky hashtags for her post - #itsbeensongsinceivedonehashtags #thisfeelslikeaslipperyslope and #ishouldprobablystop.

Check out Alia Bhatt and Shaheen's posts for each other:

You can't spell miss without iss. And if you rearrange iss, it spells sis. Coincidence? Probably. But it works for this caption so leave it alone. #missmysis #itsbeensongsinceivedonehashtags #thisfeelslikeaslipperyslope #ishouldprobablystop 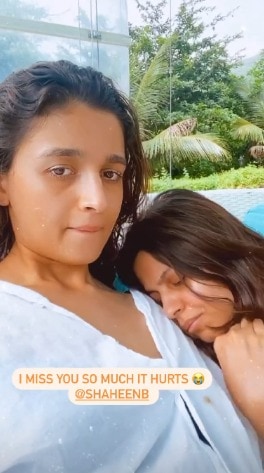 Alia and Shaheen Bhatt are the daughters of filmmaker Mahesh Bhatt and actress Soni Razdan. He Mahesh Bhatt was previously married to Kiran, with whom he has daughter Pooja Bhatt, who is also an actor.

Alia Bhatt, who was last seen in Mahesh Bhatt's Sadak 2, is currently filming Brahmastra. She will share screen space with boyfriend Ranbir Kapoor and Amitabh Bachchan in the film. The actress will also be seen in SS Rajamouli's RRR, co-starring Jr NTR and Ram Charan. She will soon start the shooting for RRR. Alia Bhatt also has Sanjay Leela Bhansali's Gangubai Kathiawadi.