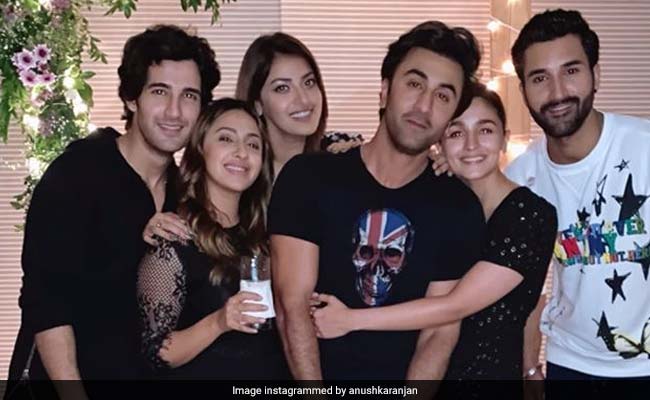 Alia Bhatt made a couple entry with boyfriend Ranbir Kapoor at her BFF Akansha Ranjan's birthday bash last night and Bollywood's favourite couple clearly had a blast. The birthday girl's sister Anushka Ranjan, also an actress and model, shared glimpses from inside the party, in which Alia Bhatt can be seen posing with Ranbir Kapoor - she gives him a tight hug as they adorably face the camera for the perfect party shot. Also present in the frame was Anushka Ranjan's boyfriend Aditya Seal, who featured in Student Of The Year 2. Dressed in a black jumpsuit, Alia Bhatt was cute as a button as she was spotted twinning with her BFF at the birthday party. 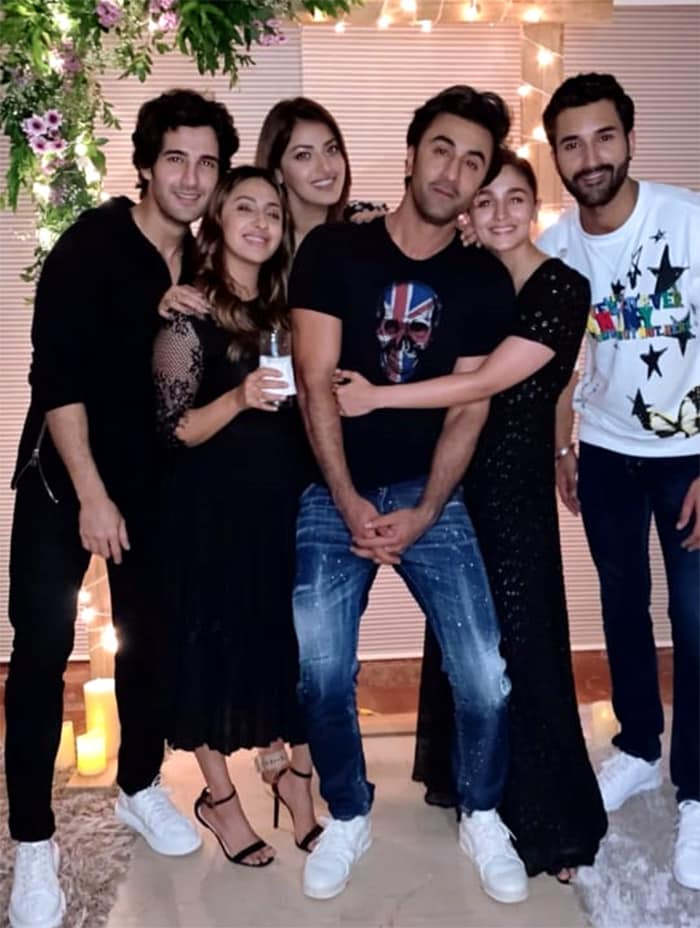 Akansha Ranjan's birthday guest-list also included names from her close-knit friend circle - Vaani Kapoor, dressed in a green animal-print bodycon, was simply stunning as she roped in Alia Bhatt for adorable pictures. Also spotted at the birthday bash were Athiya Shetty, Rakul Preet Singh and TV actress Krystle D'Souza. "Starting out with my No 1s," wrote the birthday girl on her Instagram story. 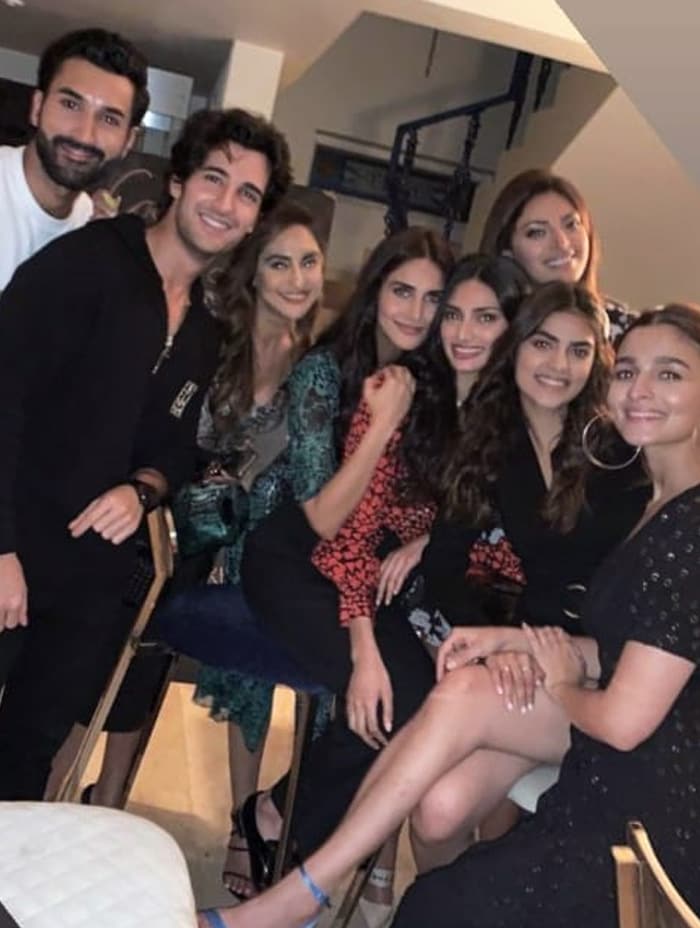 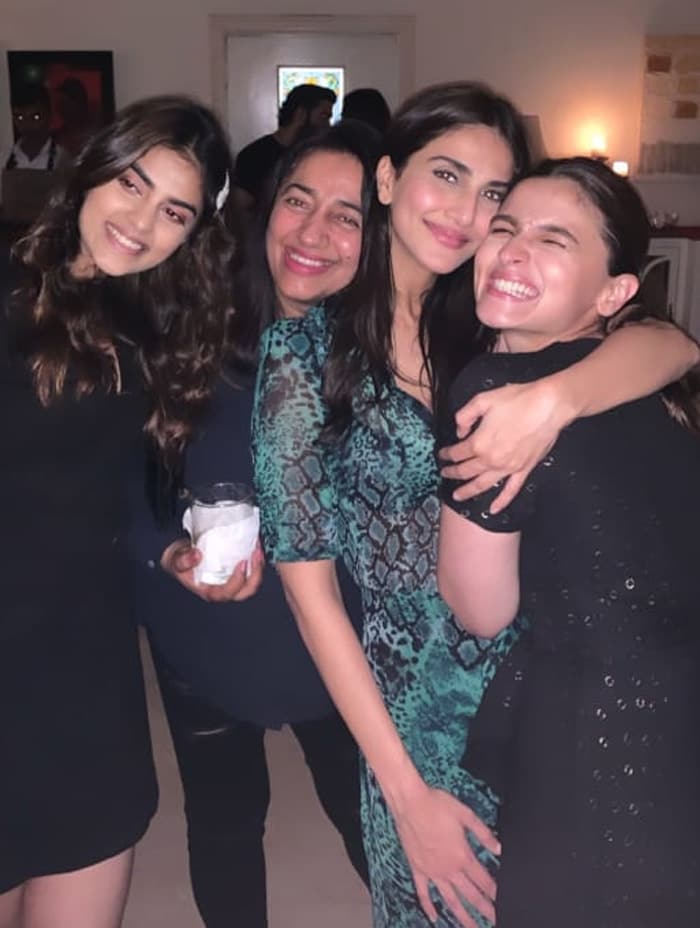 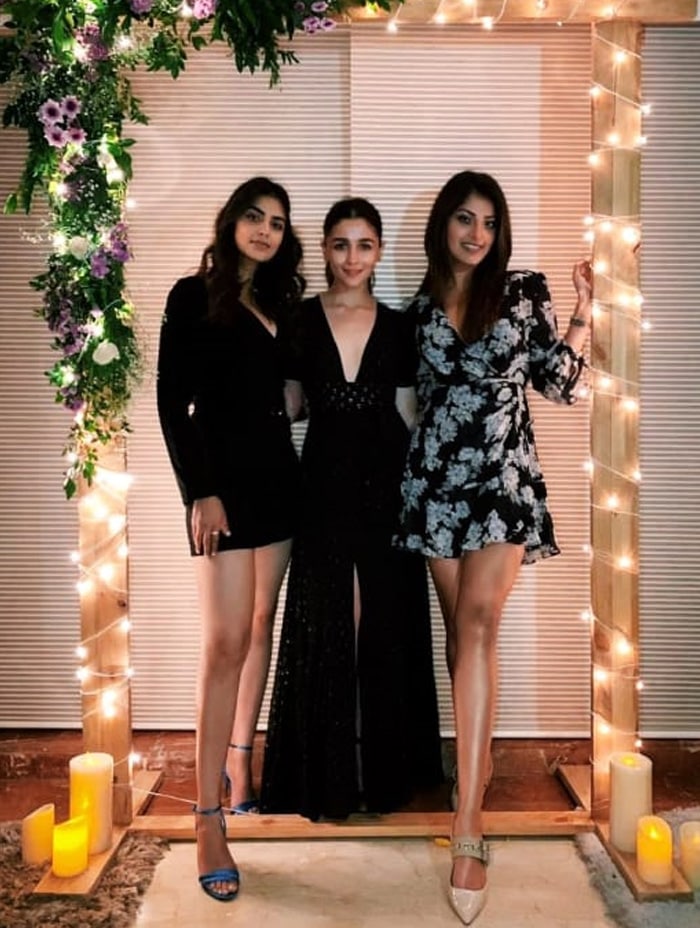 Happy birthday to my little angel.. fallen from the sky to bless my life with happiness forever and I don't want to imagine a day without you.. you're my best friend, my sister, , my soul mate, my everything.. I love you kanchuiii Thank you for being my source of happiness and love always .. I wuv you #SisterLove #BirthdayGirl

After months of speculation and public appearances together, Alia publicly declared her love for Ranbir at the Filmfare Awards, sending him a flying kiss and calling him "the special one." Earlier this month, the couple were spotted holidaying in Kenya, when Ranbir appeared to be Alia's designated photographer.

On the work front, Alia Bhatt and Ranbir Kapoor will be seen together in Brahmastra. Alia also has Sadak 2, RRR and Takht in her line-up while Ranbir will also be seen in Shamshera and Luv Ranjan's upcoming movie.