Akshay Kumar On Coronavirus Scare: "It All Boils Down To Maintaining Proper Hygiene" 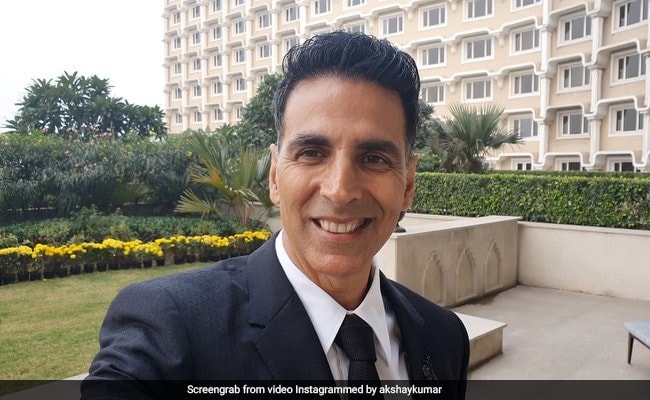 Akshay Kumar in a still from a video. (courtesy: akshaykumar )

Bollywood superstar Akshay on Sunday urged people to maintain proper hygiene amid novel coronavirus scare across the globe. The novel virus originated in the Chinese city of Wuhan in December last year and has claimed over 3,000 lives in the country. Many events around the world have been cancelled amid the COVID-19 outbreak, including film festivals and music concerts. Release of much-awaited James Bond film No Time to Die has also been pushed by seven months to November.

When asked if the Hindi film industry will be struck by the growing concern around coronavirus in the country, Akshay told PTI, "There will be some effect but how much that is difficult to say. Prime Minister Narendra Modi has said people shouldn't go to crowded places and safety measures should be taken."

"It all boils down to maintaining proper hygiene. One has to be very careful. We all have come down to the basic way of greeting people, that is 'namaste'," he added.

The Union Health Ministry had recently advised to either avoid or postpone mass gatherings to prevent spread of COVID-19. In case such gatherings are organised, the respective states should take necessary action to guide the organisers on precautions to be taken, a communication from the Ministry had said.

Apart from China, over 3,400 people have died of the deadly disease and over 101,000 have been infected from the virus globally.