Ajay Devgn's 'Prank' Sharing Kajol's Number - Who Was The Joke On Exactly?

It appeared that Ajay Devgn shared Kajol's number on social media but did he? 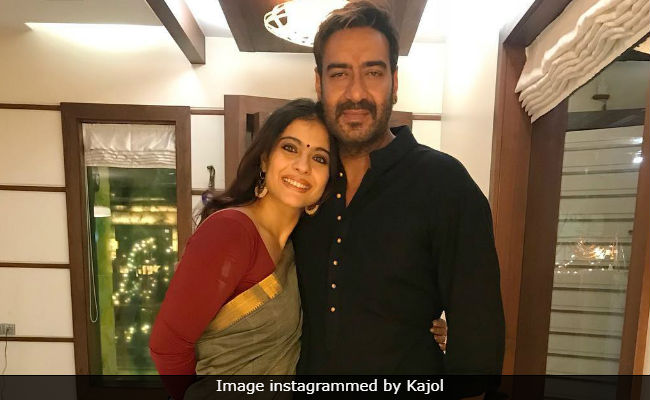 This week began with a resounding bang on Twitter when actor Ajay Devgn shared what appeared to be his wife Kajol's number on Monday evening. "Kajol not in country, coordinate with her on WhatsApp xxxxxxxxxx," he tweeted to instant astonishment online. It seemed quite clear that Ajay's account had not been hacked - no other suspicious posts were shared either on his Twitter or his Instagram. The actor appeared to have accidentally posted Kajol's contact details - he also appeared to not have noticed and the tweet remained posted for all the world to see. They did, and shared screenshots of messages they had sent Kajol, several of them asking her to turn her phone off. Some hours later, Ajay Devgn - a notorious prankster on film sets - posted a second tweet claiming he had been trolling Twitter. This morning, Kajol tweeted to say he was not to bring his pranks home. 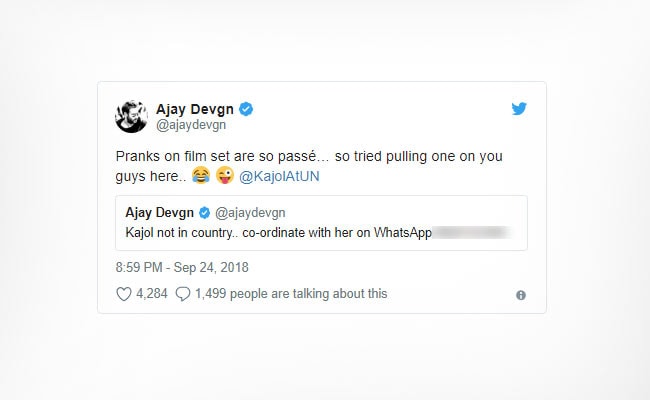 Looks like your pranks are out of the studios now... But there is No Entry for them at home! https://t.co/BJsBKW5jjD

Who, however, was the joke really on? Because turns out, the number Ajay Devgn posted wasn't fake - was he trolling his wife, then? If he was, if Ajay Devgn really did share Kajol's actual number, she can't be amused at all, no matter what she says on Twitter. Also, this likely violates Twitter's rules - just days ago, Manmarizyaan director Anurag Kashyap's tweet was forcibly taken down after he shared contact details for his film's producer. Ajay Devgn's tweet was not taken down, which is also confusing.

Ajay seems extremely pleased with his 'prank,' intentional or accidental, and not only gleefully retweeted posts from some users who appeared to have got the joke (we certainly didn't) but also posted this:

Warning: This stunt was performed by a highly trained professional.
Do not try this at home. https://t.co/wxGYNBqEMg

Business as usual in the Devgn household? Maybe. But is Kajol, currently promoting her film Helicopter Eela, going to change her number, now that everyone has it?