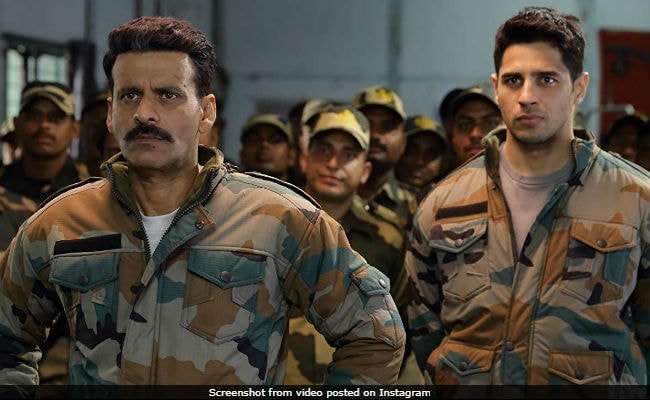 New Delhi: Sidharth Malhotra's Aiyaary is off to a 'dull' start as the film collected just 3.36 crore on its opening day, reported trade analyst Taran Adarsh. Though business picked up in the evening but the weekend ahead looks crucial for Aiyaary. Mr Adarsh tweeted, "Aiyaary has a dull day 1...opening day biz is lower than Sidharth Malhotra's last two films: A Gentleman [ 4.04 crore] and Ittefaq [4.05 crore]... Evening/night shows were slightly better... Saturday and Sunday biz is extremely crucial... Friday Rs 3.36 cr. India biz." However, the overseas business for Aiyaary comes as a breather, as the film earned 2.68 crore on its opening day. "Aiyaary has fared comparatively better Overseas... Day 1 total stands at approx $ 417,000 [Rs 2.68 cr]...Was best in UAE-GCC: Thursday 97,000 dollar, Friday 137,000 dollar Naam Shabana was approximately dollar 336,000 dollar on day 1 in international markets," Mr Adarsh wrote in a follow-up tweet.

Aiyaary's original release date was January 26, a day after Deepika Padukone's "Padmaavat" but was postponed to February 9. Akshay Kumar's PadMan was also slated to release on February 9. However, a new release date for Aiyaary was announced citing clearance issues by the Defence Ministry, as the film is based on the army background. Speaking of the film's release, Sidharth Malhotra had told IANS: "Our producers are tackling it. It's in the process. Each film has its own reasons. We have seen what happened with that film ("Padmaavat"). Our film doesn't have severe issues as far as I know after talking with my producers. I have full faith that our producers will come up with a positive result, so I don't see any issue with that. I hope that our film has a smooth release."

In his review to NDTV, film critic Saibal Chatterjee wrote: "Aiyaary wants to be a daring thriller that calls out smarmy politicians and arms dealers. But it only fires blanks."

Aiyaary is directed by Neeraj Pandey, who has made films such as Special 26 and Baby with PadMan star Akshay Kumar. The film features Manoj Bajpayee, Sidharth Malhotra and Rakul Preet Singh in lead roles. Anupam Kher, Naseeruddin Shah, and Pooja Chopra are also part of the film.