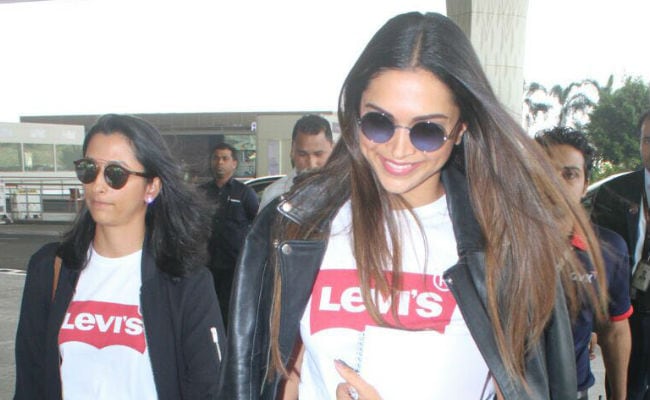 Deepika and Anisha Padukone in Mumbai.

New Delhi: Actress Deepika Padukone and her sister Anisha's airport looks were pretty basic but very chic. The Padukone sisters were twinning in denims and white t-shirts (Levis) paired with black jackets and white sneakers to go. Deepika, who recently appeared with Anisha on a television show, was all smiles (after all, "Padmaavat" released and conquered the box office) while Anisha looked happy to be her sister's co-passenger. Deepika and Anisha walked inside the airport premises holding hands. And that spiral-bound notebook (Deepika clutched so dearly) added to our curiosity - is that a new script, Deepika?

Take a look at Deepika and Anisha Padukone slaying it in basics: 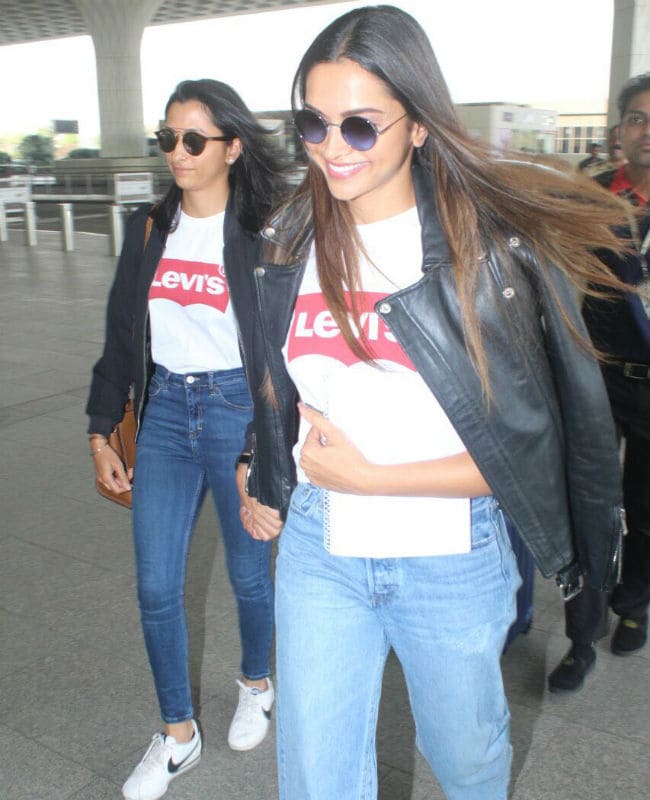 Deepika Padukone is basking in the success of her new film "Padmaavat," in which she played the role of Rani Padmavati of Chittor. The Sanjay Leela Bhansali-directed film, which opened amid fierce protests, has managed to collect above Rs 110 crore, as of Sunday. Deepika, who recently celebrated the film's success by relishing a Rajasthani thali, said told news agency IANS that this time she's excited about the film's box office figures. "I'm not someone who gets excited about the box office numbers but this time I am, because I think it will be earth-shattering," she was quoted as saying.

Now that Padmaavat is done, Deepika can shift her focus to her next film, co-starring Irrfan Khan. The yet-untitled film will be directed by Vishal Bhardwaj.