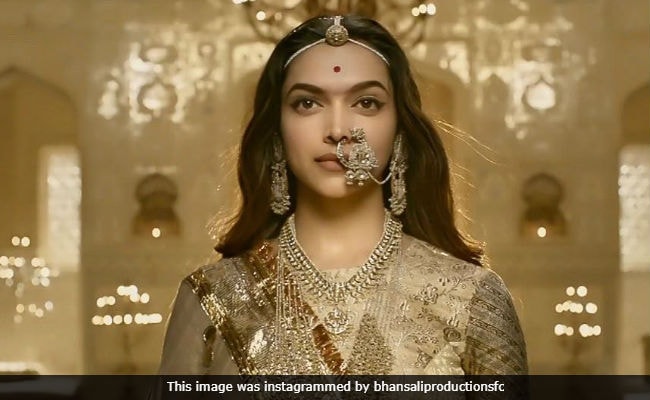 New Delhi: Deepika Padukone's prediction of "earth-shattering box office numbers" for her new film "Padmaavat" appear to have been bang on. Come Friday (Thursday, in the case of "Padmaavat") and nothing speaks louder than ticket sales so while critics have been less than appreciative of the film in reviews, it seems the audience has given it a resounding thumbs up. If more proof that Deepika Padukone rocks at the box office was needed, it is this - the Rs 114 crore that "Padmaavat" has made in four days seals her status as Bollywood's most profitable female star. Trade analyst Taran Adarsh reports that "Padmaavat" is Deepika's seventh film to make it past the 100 crore finish line, after Chennai Express, Happy New Year, Yeh Jawani Hai Deewani, Bajirao Mastani, Ram-Leela and Race 2.

For Deepika's "Padmaavat" co-star Ranveer Singh, it is the third 100 crore film after Bajirao Mastani and Ram-Leela. Put simply, Deepika's credentials as a box office draw are as solid as any Khan's - and it's as good a time as any to revisit the pay gap question.

Bollywood stars, male and female, regularly assert that whoever is bringing in the eyeballs should get the bigger payday - with the unspoken rider that its always the male star that cine-goers flock to theatres to see. Bring in the crores to make the crores, say actors. Happily, it seems that in the case of "Padmaavat," balance was restored. While appearing on a new TV show, Deepika was reportedly asked if she was paid more than co-stars Ranveer and Shahid Kapoor - "Yes," she answered simply. And for once, all is right with the world.

Protests... Disturbances... No screening in few states... Yet, #Padmaavat does EXCELLENT biz in its extended weekend... The film lost out on substantial biz [approx 35 cr / 37 cr], but the SUPERB trending in other circuits helped put up a MAJESTIC total...

While she hasn't yet acknowledged the tweet about her 100 crore fame, Deepika did react to Mr Adarsh's box office report:

Promoted
Listen to the latest songs, only on JioSaavn.com
Deepika's "Padmaavat" earnings will likely put her back into the Top 10 of Forbes India's annual list of 100 celebs - perhaps even onto the international list of highest-paid actresses, on which she featured in 2016.