Read inOther Languages
This Article is From May 11, 2019

Ahead Of Mother's Day, Priyanka Chopra Says She 'Always Wanted To Be A Mom'

Priyanka Chopra has been very vocal about her plans of having a baby. 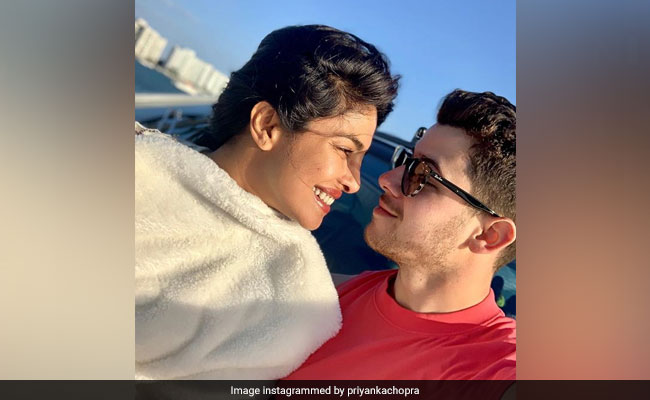 Priyanka Chopra, who married singer Nick Jonas in December last year, says she definitely wants to have children, reported E! News. When Priyanka Chopra, 36, was asked if she wants to become a mother, she told the webloid: "Yeah. Always. I've always wanted to, and added: "I think, you know, whenever God wants it to happen." Priyanka Chopra has been very vocal about her plans of having a baby. Last year, a few months before her wedding, she told Extra on the sidelines of an event that she has "baby fever" when asked about her friend Meghan Markle's pregnancy. She also told E! News: "I just have a few of my friends who are having babies right now and I'm like, 'God I need to catch up!'"

Nick Jonas too talked about starting a family soon on Spotify's The Rewind with Guy Raz after his wedding to Priyanka. "I think that's a real dream, and I think I have had to grow up pretty quick," he had said.

Priyanka Chopra and Nick Jonas married in December as per Hindu and Christian rituals in two separate ceremonies in India in December 2018. They dated for a few months before deciding to get married.

On the work front, Priyanka Chopra will be next seen in Shonali Bose's The Sky Is Pink, co-starring Farhan Akhtar and Zaira Wasim. Priyanka is co-producing the film with Siddharth Roy Kapur. She has also signed up for a big budget wedding film with Mindy Kailing.