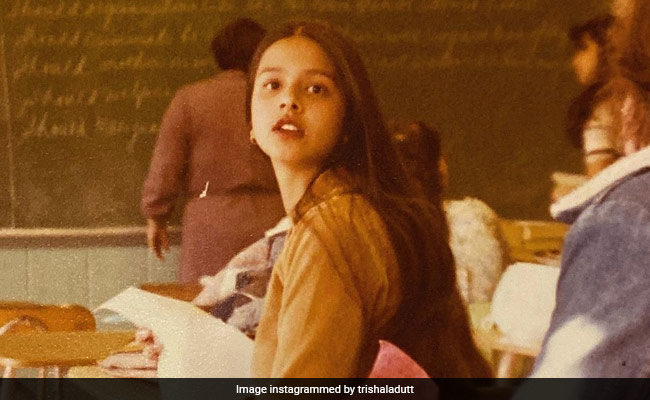 A few days before the death anniversary of her mother Richa Sharma (December 10), Sanjay Dutt's daughter Trishala Dutt remembered her mother by sharing a special post on social media, on Wednesday. Trishala shared a throwback picture of her mother Richa Sharma on her Instagram profile. In her post, the 31-year-old revealed that the picture was taken in the year 1979.Trishala wrote: "Mom... RIP" in her post. Trishala Dutt is actor Sanjay Dutt's daughter with his first wife Richa Sharma, who died of brain tumour in 1996. Richa Sharma acted in films such as Hum Naujawan, Anubhav, Aag Hi Aagand Sadak Chhap, to name a few.

Trishala Dutt frequently shares posts pertaining to different facets of her life on social media. A few months ago, Trishala shared posts from her vacation in Italy. Here are the posts:

In July this year, Trishala announced the news of her boyfriend's death on social media. She wrote an emotional note on Instagram. "I love you and I will miss you. Until we meet again. Forever yours, your Bella Mia. RIP. October 07, 1986 - July 02, 2019 - I love you more today than yesterday but not as much as tomorrow," an excerpt from her post read.

Thank you for loving me, protecting me, and taking care of me. You have made me the happiest I've ever been in my life. I'm the luckiest girl in the world to have met you & beyond blessed to have been yours. You will live in me for eternity. I love you & I will miss you. Until we meet again. Forever yours, xx your Bella Mia #RIP October 07, 1986 - July 02, 2019 "I love you more today than yesterday but not as much as tomorrow"

Trishala Dutt stays with her grandparents in the Unites States Of America. Her father Sanjay Dutt is now married to Maanyata and the couple are parents to 9-year-old twins Shahraan and Iqra. Trishala frequently occupies a spot on the trends list for her social media interaction with Maanyata Dutt.