A sneak peek into Trishala Dutt's vacation in Italy 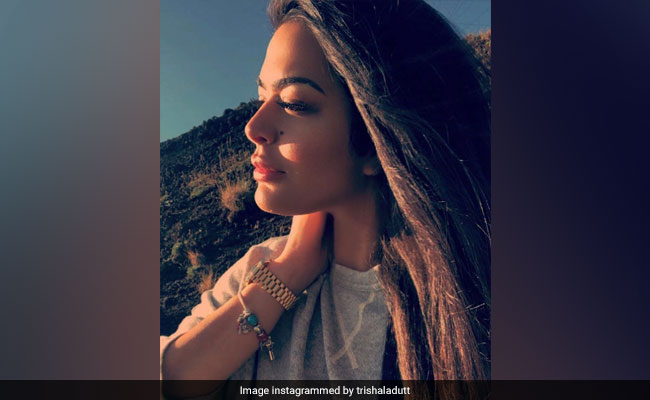 Sanjay Dutt's daughter Trishala Dutt, who is currently on a "much-needed break" (Trishala's words) in Italy, has been delighting her Instafam by posting pictures and videos from her getaway. The 31-year-old, who is currently in Taormina (going by her Instagram profile), shared a few pictures from the church there and revealed in her post that the place is very special to her. Trishala shared picturesque videos and photographs of the church and she wrote in her caption: "This church is very special to me. It's called the "Madonna della Rocca". It's built and carved in a rock. It has the best view of Taormina, the sea and Mount Etna. If any of you decide to visit, besides my heart, I've left 2 other things behind which will now stay here forever." Trishala might not have mentioned  what the aforementioned "2 things" were but she did establish that the place means a lot to her. She accompanied the post with the hashtag #specialmoments.

This church is very special to me. It's called the "Madonna della Rocca". It's built & carved in a rock! It has the best views of Taormina, the sea, & Mount Etna. If any of you decide to visit, besides my heart, I've left 2 other things behind which will now stay here forever #specialmoments

Last week, Trishala posted a stunning picture of herself from Italy and she wrote in the caption: "Alexa, pour more wine." ICYMI, this is the post we are talking about:

Trishala also posted pictures from Greek Theatre of Syracuse and Mount Etna on her Instagram profile. Check out the pictures here:

Ahead of her vacation, Trishala posted a picture of herself at the airport along with her luggage and she captioned it: "Need a break. BRB."

I need a break #brb

Trishala Dutt is actor Sanjay Dutt's daughter with his first wife Richa Sharma, who died of brain tumour in 1996. She stays with her grandparents in the Unites States Of America. Sanjay Dutt is now married to Maanyata and the couple are parents to 8-year-old twins Shahraan and Iqra.