After Rishi Kapoor's Attack On Jagga Jasoos Delays, A Defence From Composer

"Anurag is more passionate than I am" 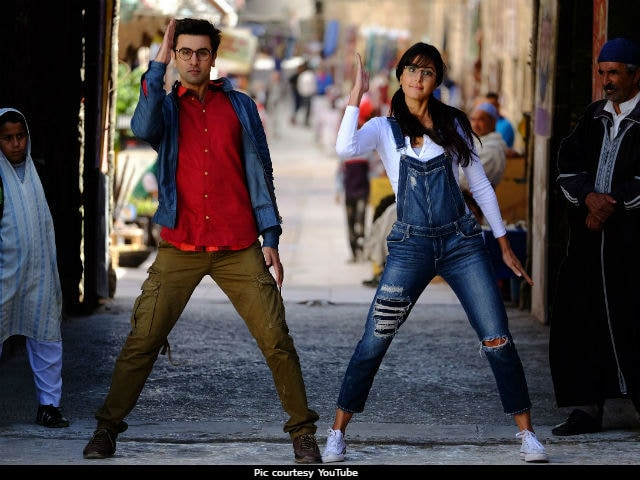 Jagga Jasoos: A still from the movie (courtesy YouTube)

New Delhi: Ranbir Kapoor and Katrina Kaif's Jagga Jasoos was filmed for over three years and finally arrived in theatres on July 14 after multiple delays. Soon after the film's release, Ranbir's father, veteran actor Rishi Kapoor launched a scathing attack on the director, dismissing him as "irresponsible." Mr Kapoor also included music composer Pritam's name in his list of those who delayed deliveries on the part of Team Jagga Jasoos. Now, in a recent interview with mid-day, Pritam has attempted to explain the delay, saying Jagga Jasoos was "a complicated project." Jagga Jasoos stars Ranbir in the titular role, who is on a mission to investigate the case of his missing father. Joining him on the cast as Jagga's accomplice is Ranbir's rumoured ex-girlfriend Katrina Kaif.

In his interview, Pritam highlighted that while other team members were also involved with multiple projects along with Jagga Jasoos, Mr Basu was completely committed to the much talked-about movie. "It was a complicated project, that's why it took time. It's not easy to take up a subject like that and live with it for over four years. Anurag is more passionate than I am. All of us did multiple projects during that time, but he didn't do anything else," Pritam told mid-day.

Last month, Rishi Kapoor disapproved of how much fine-tuning Jagga Jasoos needed, telling mid-day: "Honestly, Neetu and I saw the film on Thursday, only a day ahead of the release. Till Wednesday, Anurag Basu was still mixing the film. Can you imagine that? Pritam probably delivered the music only a week before."

"He (Anurag) is such an irresponsible director that he doesn't complete the film. It was supposed to release three times in the past two years, but it kept getting delayed," Mr Kapoor added in his interview. He also pointed out how a much-awaited cameo by Govinda was shot and later removed abruptly by Mr Basu. Govinda later thanked the 64-year-old actor for addressing the matter in the outspoken fashion, which is so typically Rishi Kapoor.

After Rishi Kapoor's list of complaints against the director of his son's new movie trended a great deal, Mr Basu posted separate tweets for those who appreciated and disliked his film. However, he has not reacted to Rishi Kapoor's response to his approach towards Jagga Jasoos directly.

Sorry i ws out of radar Thank U so much for ur love and appreciation for #JaggaJassos its like oxygen for Me Right now.Tight Hugs!

& for those who disliked it ,hugs for them too,cuz ur rejection paves the way for my next and I promise i'll try not to disappoint you.

Days before Jagga Jasoos released, a source told NDTV.com that Mr Basu was still not happy with the final edit and that he's working on the dialogues, background score and the visual effects - it also missed the deadline for a section of the international market.