"And for those who disliked it, hugs for them too, because your rejection paves the way for my next said the 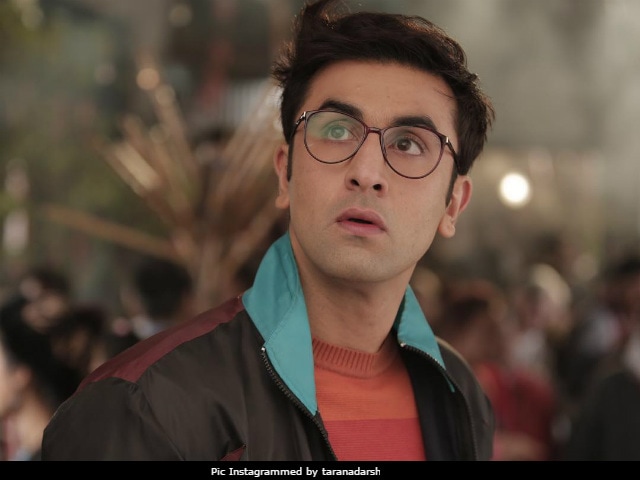 'Your rejection paves the way for my next,' Anurag Basu's tweeted (courtesy taranadarsh)

New Delhi: Jagga Jasoos has been running at the theatres for 14 days now with Indu Sarkar and Mubarakan joining on Friday. Jagga Jasoos, which was filmed over three years and finally released after multiple delays earlier this month, has made over Rs 53 crores, as reported by trade analyst Taran Adarsh. Its box office report card might suggest that Ranbir Kapoor and Katrina Kaif's film could not live up to the hype but was also not abandoned altogether. Amitabh Bachchan was one of those who had a delightful experience watching Jagga Jasoos and reviewed it as "delightful, innovative and well executed." Director Anurag Basu, who reportedly fine-tuned the final edit of the film till a day before its arrival in theatres, appears to have followed the reviews (both good and bad) and shared responses in separate tweets.

"Sorry I was out of radar. Thank you so much for your love and appreciation for Jagga Jasoos. It's like oxygen for me right now. Tight hug," Mr Basu wrote for those who watched, liked and loved Jagga Jasoos while he also has a message for those who were critical about the movie.

"And for those who disliked it, hugs for them too, because your rejection paves the way for my next and I promise I'll try not to disappoint you," Mr Basu added in another tweet.

Sorry i ws out of radar Thank U so much for ur love and appreciation for #JaggaJassos its like oxygen for Me Right now.Tight Hugs!

& for those who disliked it ,hugs for them too,cuz ur rejection paves the way for my next and I promise i'll try not to disappoint you.

Earlier this week, Ranbir's father, veteran actor Rishi Kapoor dismissed Anurag Basu as "irresponsible" citing reasons like chopping off a much-expected cameo featuring Govinda and the film's many delays. In his interview with mid-day, he also added that he does not have much to say about Jagga Jasoos except that he thought it was 20 minutes too long.

A day later, Rishi Kapoor's scathing attack on the director was noted by Govinda, who thanked the 64-year-old actor for telling mid-day: "You even threw Govinda out of the film. If you don't want Govinda to work in your film, why did you ask him in the first place?" Mr Kapoor was referring to the director, who has not responded to the accusations yet.

Days before Jagga Jasoos released, a source told NDTV.com that Mr Basu was still not happy with the final edit and that he's working on the dialogues, background score and the visual effects - it also missed the deadline for a section of the international market.