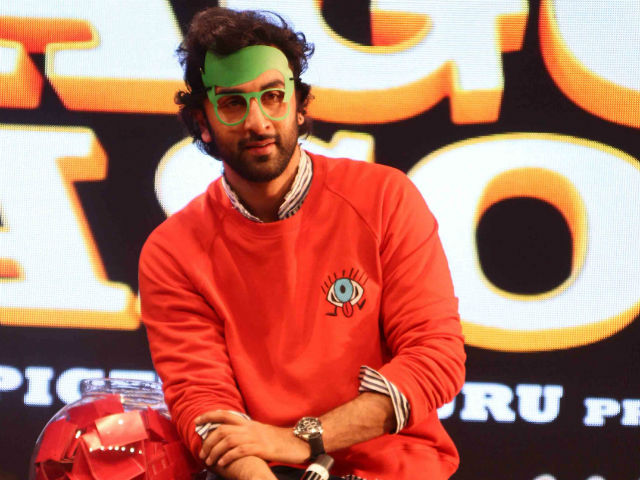 Ranbir Kapoor at a promotional event of Jagga Jasoos

New Delhi: Jagga Jasoos marks Ranbir Kapoor's second film with director Anurag Basu, with whom he's previously worked in 2012's Barfi!. In an interview with news agency IANS, the 34-year-old actor shares his experience of working with the director, who is popularly referred to as 'dada' on the sets of the film. "Working with Anurag Basu, the challenging part is not acting, the challenging part is the patience and the time that it takes," IANS quoted Ranbir as saying. Ranbir also added that Mr Basu has an eye for detail and is very meticulous with his ways. "Also, you have to understand that he is such a visual director so that he builds your performance visually, through his shots over a period of time," said Ranbir, who co-stars with ex-girlfriend Katrina Kaif in the film.

Earlier this week, our sources informed that work is still going on at the VFX lab for Anurag Basu's film. Mr Basu is not fully satisfied with the results and Jagga Jasoos is still being fine-tuned including work on special effects, dialogues and scores. Meanwhile, Ranbir and Katrina are not only busy with promotional duties, they have also been visiting recording studious to dub a few extra lines on the director's request.

Jagga Jasoos appears to have missed the deadline to send prints for international theatres, which was earlier this month.

It is not unknown that Jagga Jasoos is a much-delayed project, having been in the making for over three years. With Jagga Jasoos, Ranbir Kapoor also makes his production debut but this could be his first and last. In various interviews the actor mentioned that he is not looking forward to produce another film because he did not enjoy the role of a filmmaker in Jagga Jasoos.

Promoted
Listen to the latest songs, only on JioSaavn.com
Jagga Jasoos releases this Friday.