After Made In Heaven, Arjun Mathur Has Set "Higher Standards" For Himself

"I want to continue to associate myself with work that is of a certain quality so the frequency or lack of work doesn't bother me," said Arjun Mathur 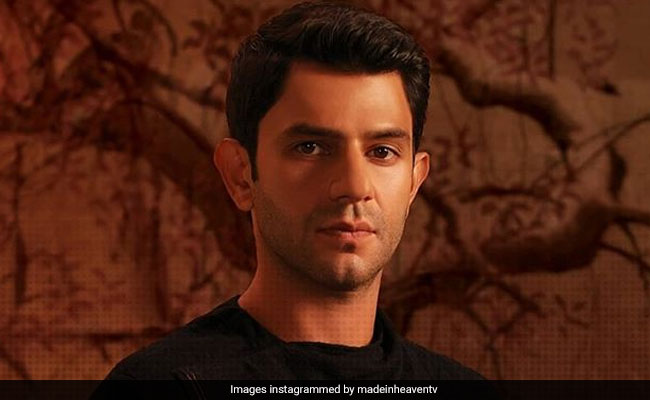 Arjun Mathur in a still from Made In Heaven (courtesy madeinheaventv )

Actor Arjun Mathur, who has scored a nomination for India as part of 2020 International Emmy Awards for Amazon Prime Video's Made in Heaven, says he is spoilt for choices after receiving success and critical acclaim for his performance on the show. The actor has been around in the film industry since 2007, having acted in films like Luck By Chance, Bara Aana, My Name is Khan, Ankur Arora Murder Case, among others. But it was his portrayal of Karan Mehra, alongside Sobhita Dhulipala's Tara Khanna as two wedding planners in the upscale modern India navigating personal and professional crises, in the web series which premiered last year, that became his breakout performance.

"I have been extremely picky about the work I do, fortunately or unfortunately 'Made in Heaven' made me even more picky. It turned out to be so high quality, my standards for myself have risen higher."

"I want to continue to associate myself with work that is of a certain quality so the frequency or lack of work doesn't bother me. Being part of things that my heart is not into affects me negatively," 38-year-old actor told PTI in an interview.

At the International Emmys, Mathur has been nominated in the best performance by an actor category for Made in Heaven, alongside Billy Barratt in UK's "Responsible Child", Guido Caprino in Italian series "1994", and Raphael Logam in Brazil's "Impuros (Impure)" - season two.

The actor said he learnt about his nomination through his actor friend Sayani Gupta, whose Amazon series "Four More Shots Please!" is also nominated at the awards due in November in the best comedy category.

"Ok (breathe) so this just happened," Mathur had written on his Instagram Stories after the announcement last week.

The actor said initially he thought it was a misprint and only believed the news after the producers called him up to congratulate.

"The last two-three days are blurry, slowly it has started to sink in," he added.

Set against the backdrop of quintessential Indian weddings, the series is directed by Zoya Akhtar, Nitya Mehra, Alankrita Shrivastava and Prashant Nair. Akhtar and Reema Kagti serve as creators.

Both Mathur and the makers have been praised for the sensitive portrayal of Karan, a closeted homosexual grappling a troubled childhood, depleting finances and social stigma around his orientation.

The actor believes the fact that the story has managed to transcend all boundaries of gender, age and geography spells a larger success of the show.

"The sensitivity and empathy with which it has been treated and portrayed has worked. Humans connect to human conflict and emotions, if the emotions are put across correctly, the audience will connect with it," he said.

Mathur said he was initially apprehensive about playing a gay man for the third time after the Mira Nair-directed short film Migration (2007) and Onir's I Am (2010) but changed his mind when he read the script of "Made in Heaven".

The actor said within one week of the release of the 2019 drama series, he received an offer for a homosexual part in a commercial film but he passed the project because it was "too soon". "... Unless there is that sensitivity, I won't touch it. I am not interested in misrepresenting the community," Mathur added. The actor also noted that the team behind "Made in Heaven" -- producers Excel Entertainment and Tiger Baby, and Amazon -- made it possible for their work to reach far and wide.

"Migration was a short film, it didn't release as such. We premiered at the Toronto International Film Festival and some people saw it on YouTube. 'I Am' was a smaller film. It went on to win a National Award, but it didn't have the kind of reach that it could have," he said.

"There are so many variables that have to click for a show to work in such a big way, sometimes the production support or good acting or writing or number of screens might be missing. When something together like this happens, that's where the magic lies," he added.

On the highly anticipated season two of Made in Heaven, Mathur said production was scheduled to go on floors in April-May but the coronavirus pandemic hampered the plans.

The makers are currently trying to figure out things, he added.

"Stop This Right Now": Anushka Sharma Furious Over Unauthorized Pic Of Her And Virat Kohli