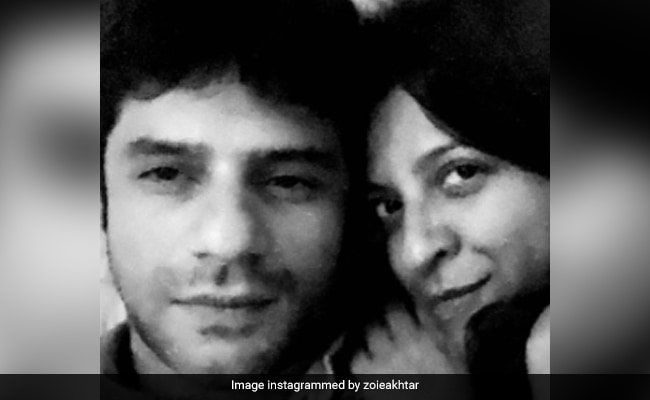 Arjun Mathur has been nominated for the Best Actor category at this year's International Emmys, for his performance in the web-series Made In Heaven. The actor was congratulated by Zoya Akhtar, who happens to be one of the directors of the show. Zoya posted a picture with Arjun on her Instagram story and she wrote: "International Emmy nominee. Best Actor. Made In Heaven." She added a heart emoji along with the picture. Meanwhile, Farhan Akhtar, who produced the show along with Ritesh Sidhwani, congratulated Arjun Mathur and the other nominees, which include Four More Shots Please (nominated for Best Comedy series) and Delhi Crime (nominated for Best Drama Series). "Congratulations Arjun Mathur, on the nomination as actor in Made In Heaven and to the teams of Delhi Crime and Four More Shots Please on their nom nods... Come on India," he tweeted.

This is what Zoya Akhtar posted: 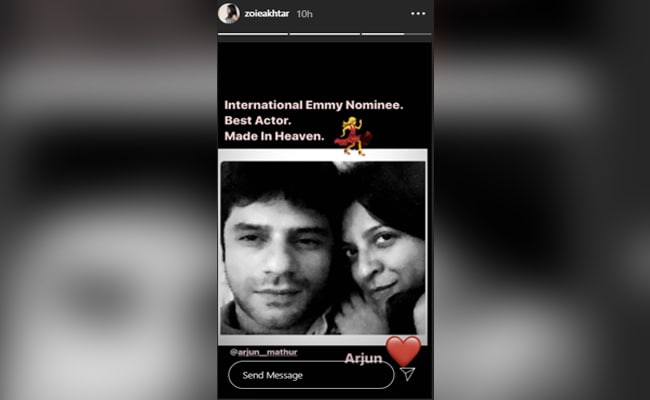 Congratulations on the nomination as actor in #madeinheaven@mathurarjun .. @iemmys and to the teams of #DelhiCrime and #FourMoreShotsPlease on their nom nods .. come on India https://t.co/1PC2QXchzF

Amazon Prime Video, the platform, on which Made In Heaven streams, also congratulated Arjun Mathur. "Congratulations to our Emmy nominee Karan Mehra aka Arjun Mathur," read their tweet.

Congratulations to our Emmy nominee Karan Mehra aka @mathurarjunpic.twitter.com/dkmCnZ3ZKt

Made In Heaven is a collaborative creation of Zoya Akhtar, Nitya Mehra, Alankrita Shrivastava and Prashant Nair. The show released on Amazon Prime India last year. Other than Arjun Mathur, it also stars Sobhita Dhulipala, Jim Sarbh, Kalki Koechlin, Shashank Arora and Shivani Raghuvanshi. The show focuses on the lesser-known facets of the wedding business, through the eyes of two wedding planners.