After Documentary On Jonas Brothers' Sucker, A Project With Priyanka Chopra For Amazon Prime? 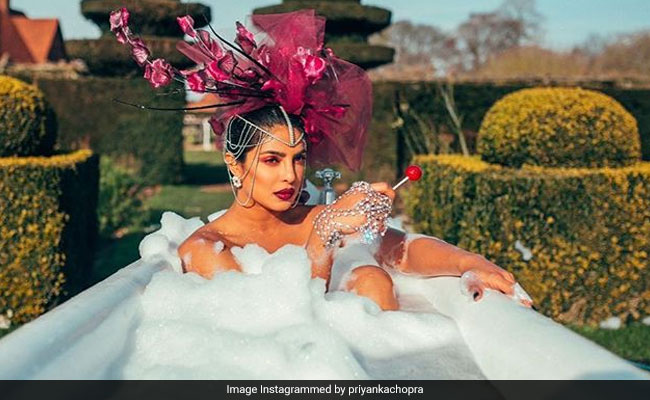 Quantico star Priyanka Chopra is in talks with Amazon Prime Video for some projects, and an official announcement will be made soon. The streaming platform on Tuesday shared that a behind the scenes documentary on the Jonas Brothers is underway. And Amazon Studios head Jennifer Salke credited Priyanka for it, and teased about upcoming projects. "I love Priyanka and she introduced me to Nick Jonas. They sent me a video and we bought it right away and that's how we came about it," Jennnifer Salke told IANS in an interview.

"I love her... So you can look forward to us doing more work with Priyanka," she added.

When prodded further on the projects which are being discussed, Ms Salke said: "We do have few things on our mind but we haven't quite finished up the deals... We will have some announcements coming out soon."

The film will look at the brothers as they reunite for their upcoming tour, and promises to give fans an intimate look into the lives of Kevin, Nick and Joe.

The Jonas Brothers broke up their band in 2013 after cancelling their tour due to a "deep, creative rift" among the members. At the time, Nick, who is now married to Priyanka, had told People magazine of the break-up: "It's really hard to say 'forever'".

A premiere date for the documentary will be announced at a later date.

Opening up about the idea behind the project, Ms Salke said: "It is really about our instincts, 'oh my God, our customer are going to love this' and we sort of lean in and figure out the best strategy."

The multi-season show by Abundantia Entertainment is presently under development and aims to appeal to fans of the action-thriller genre worldwide. Being envisioned at an unprecedented scale and cinematic experience, the show promises to bring in the next level of the action genre.