Aditi Rao Hydari On Reuniting With Director Mani Rathnam: 'Couldn't Have Hoped For A Better 2018' 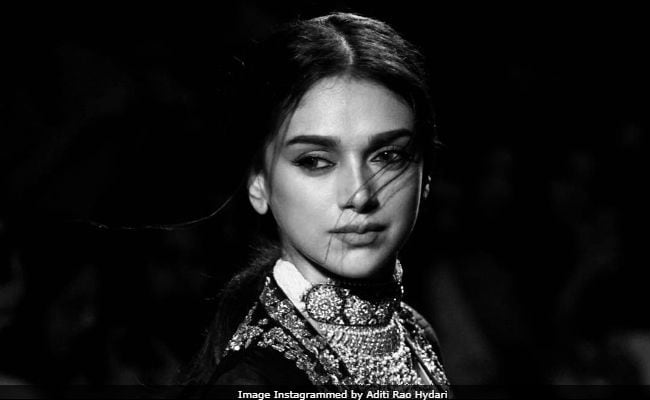 New Delhi: Actress Aditi Rao Hydari, who is basking in the appreciation coming her way for her brief but brilliant performance in "Padmaavat", has confirmed that she is set to reunite with filmmaker Mani Rathnam for another Tamil film. Aditi last collaborated with Rathnam in Kaatru Veliyidai last year. Confirming this development, Aditi said she couldn't have hoped for a better start to 2018. "The positive reviews for "Padmaavat" were totally unexpected since I thought I didn't have much to do. Now I am again doing a film with Mani Rathnam, just a year after Kaatru Veliyidai.

Doing two successive projects of Mani Rathnam, does it mean she is his new muse?

"I'd love to be," she laughed, and added: "Which actress wouldn't want to work with Mani sir, and that too twice within one year? I learned so much while doing Kaatru Veliyidai. I am sure this time again I will come away with something very valuable."

Aditi is unwilling to share any more details of the project, except to say it would take her to a new area of emotions. "It won't be anything like Kaatru Veliyidai. Also, this time I hope to speak my own Tamil lines on-screen. For Kaatru Veliyidai, I had diligently learned the language and practiced the nuances. But finally, my voice was dubbed by someone who did a wonderful job. This time, I will try to do my own lines. But of course, I'll go with whatever Mani sir decides."
Comments