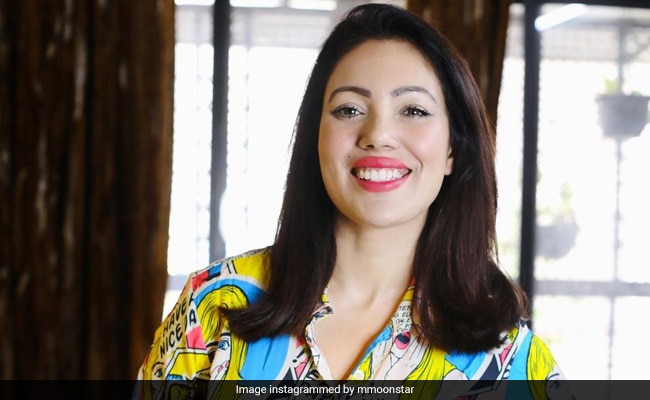 Actress Munmun Dutta has apologised for using a casteist slur in a video, claiming she did not know what the word meant because of a "language barrier" and she did not mean to "insult, intimidate, humiliate or hurt anyone's feelings." #ArrestMunmunDutta trended on Twitter all day yesterday after the Taarak Mehta Ka Ooltah Chashma star's YouTube video went viral - in it, she said she didn't want to look like a member of a particular community; we will not repeat the exact term she used. Munmun Dutta has deleted the offending portion from her video but the original is still making the rounds on social media. Faced with instant and brutal backlash, Ms Dutta rushed to make amends - her apology, however, has also been criticised.

In her apology, Munmun Dutta writes, "This is in reference to a video that I posted yesterday where in one word used by me has been misinterpreted. It was never said with the intent of insult, intimidate, humiliate or hurt anyone's feelings. Because of my language barrier, I was genuinely misinformed about the meaning of the word. Once I was made aware of its meaning, I immediately took the part down. I have utmost respect for every single person from every caste, creed or gender and acknowledge their immense contribution to our society or nation. I sincerely would like to apologise to every single person who have been an unintentionally hurt by the usage of the word and I sincerely regret for the same."

In the very first sentence of her apology, however, Munmun Dutta attempts to shift blame from herself onto those she offended by claiming that the word she used had been "misinterpreted." The comments on her apology post have called her out for this. Filmmaker Neeraj Ghaywan. "Has been misinterpreted? Never said it with intent to hurt? There is no other interpretation! You said the B word and there is no way to cover it up. Apologise and shut up," the Masaan director tweeted.

“Has been misinterpreted”? “Never said it with intent to hurt”?

There is no other interpretation! You said the B word and there is no way to cover it up.

Apologise and shut up. https://t.co/2qGkSYJi9C