In the past, Abhishek has been subjected to hate tweets about his star lineage, been called "unemployed" and mocked for living with his parents 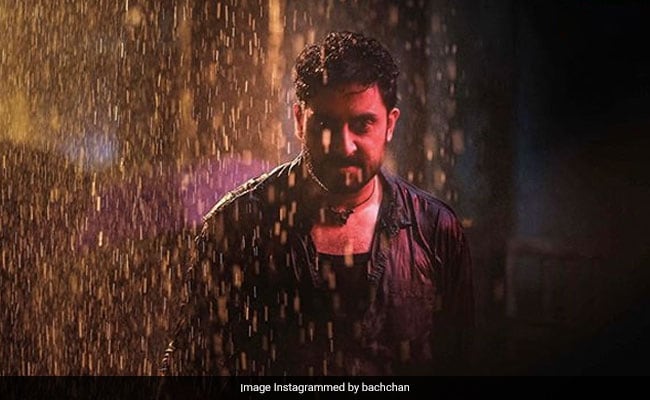 Trolls, do not mess with Abhishek Bachchan. The 44-year-old actor has found a top spot on the trends' list because of his savage response to a troll, who cracked a distasteful joke on the actor's lineage. Abhishek Bachchan spotted a tweet by a troll which shared a photo of what appears to be a farmer and wrote: "If Abhishek wasn't 'Bachchan'." Abhishek Bachchan, the undisputed king of shutting down trolls with one-liners, responded to the user with this reply: "Hahahaha. Funny! But still better looking than you!" How savage is that? Here's the tweet Abhishek Bachchan is trending for - take a look:

Hahahaha. Funny! But still better looking than you! 🙏🏽

In the past, Abhishek has been subjected to hate tweets about his star lineage, been called "unemployed" and mocked for living with his parents, each of when he's hit back at trolls in typically Abhishek manner. Recently, Abhishek was addressed on social media as "a product of nepotism" by a user, who accused the actor of having a career based on Amitabh Bachchan's reputation. Abhishek chose to respond with a firm reply and wrote: "You are ill informed, immature and naive. Stop believing incorrect and bogus narratives."

You are ill informed, immature and naive. Stop believing incorrect and bogus narratives. Think! Please, for your wife's and family's sake.

I didn't. Was dropped from a few films and it was very difficult to get cast. But we live in hope and keep trying, hoping and working towards our goals. You have to get up everyday and fight for your place under the sun. Nothing in life comes easy. जब तकजीवनहै , संघर्षहै।

Abhishek Bachchan was last seen in the web show Breathe: Into The Shadows. His next film, Ludo, is all set to hit screens on OTT platform Netflix on November 12. Abhishek's list of upcoming movies also include The Big Bull, which was announced as one of the seven big Bollywood movies to be released on OTT platform Disney+Hotstar. Abhishek will also be seen in the titular role in the movie Bob Biswas, which is a spin-off of 2012 thriller Kahaani.