Ira Khan did not reveal the character her brother Junaid plays in Medea. 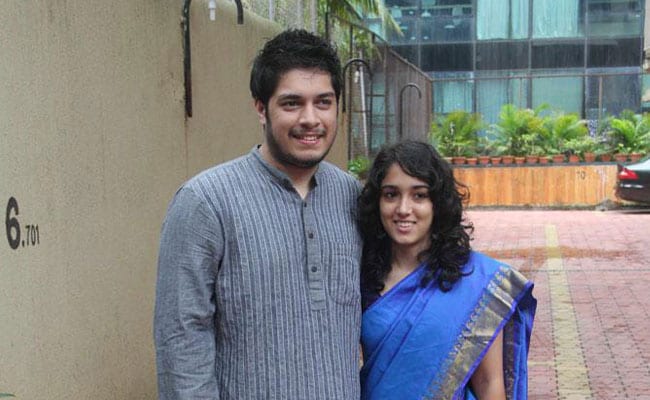 Ira Khan with her brother Junaid in Mumbai.

Aamir Khan's daughter Ira, who is currently directing the adaptation of Euripides' Medea, revealed the principal cast of the play, which includes her brother Junaid Khan. Ira earlier revealed that she has roped in actress Hazel Keech for the lead role and now, in a video posted on the official Instagram page of the play, she revealed the entire cast of the play, which also includes Varun Patel (The Idiot), Sabreen Baker (Budhia Singh: Born to Run) and Divyesh Vijayakar among others. In the cast announcement video, Ira did not reveal the characters corresponding to the actors.

Meet the actors of Ira Khan's adaptation of Euripides' Medea:

Ira and Junaid are Aamir Khan's children with his first wife Reena Dutta. Speaking about his son Junaid's career in films, Aamir Khan told PTI in March that he has left the decision to him. Aamir Khan had said that Junaid has an inclination towards filmmaking and that he enjoys theatre more than films. "He is following his path, he has studied theatre. He is actually more interested in theatre than films. I am allowing him to go and find his own path. That's how it should be. He is very bright," Aamir had said.

Back to Medea - So far, we only know that Hazel Keech will play the titular role as Ira shared the update about her heroine in a quirky Instagram post, which read, "She said yes! It's amazing to get to work with you, as a friend but more importantly as an actor, Hazel Keech. I can't wait to see what we make." Hazel reposted Ira and added that she was doubly excited about playing Medea because, "A. I'm back to theatre, my first love and B. My sweet little Ira Khan is directing it."

Of Ira Khan shaping up as a director, Hazel said, "I'm impressed more and more each passing day with her clarity and conviction of what she wants and is trying to achieve and by her confidence and self-esteem she has at such a young age."

After being away from theatre for almost a decade im back in the Greek Tragedy Medea.... playing Medea!!! This is doubley excited because A. Im back to theatre, my first love and B. My sweet little @khan.ira is directing it!!!! Im impressed more and more each passing day with her clarity and conviction of what she wants and is trying to achieve and by her confidence and self esteem she has at such a young age. Im so proud to be working with you on this Tich, love you Posted @withrepost @khan.ira SHE SAID YES! It's amazing to get to work with you, as a friend but more importantly as an actor, @hazelkeechofficial . I can't wait to see what we make @medeatheplay @photographybyroozbeh . . . #medea #medeatheplay #euripides #hazelplayingmedea #anautankisaproduction #entropy #friends #workingwithfriends #workisplay #whoneedsasociallife #play #shesaidyes #excited