Aamir Khan Will Launch His Kids In Bollywood On This Condition

"My kids have to audition even for my home productions," said Aamir Khan 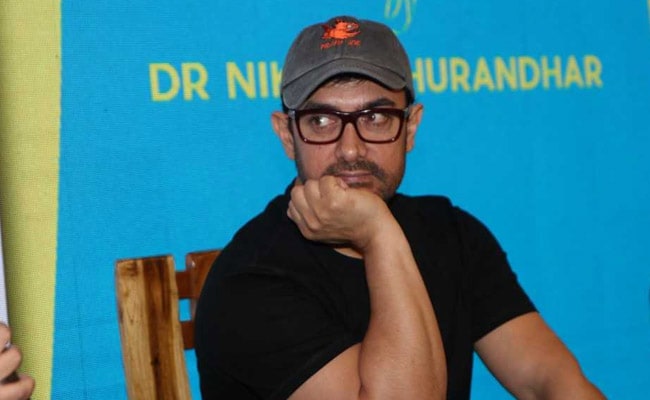 Aamir Khan has launched several newcomers in Bollywood, which includes Taare Zameen Par star Darsheel Safary, Dangal actresses Fatima Sana Shaikh, Sanya Malhotra and Zaira Wasim among others. However, when the actor was asked about launching his own kids in Bollywood, Aamir said that he would launch his children but they would have to audition for the roles even for his home productions, reports DNA. Speaking of giving his eldest son Junaid his big Bollywood break, Aamir told DNA: "If there is a subject suitable for him and if he passed the audition, then I would consider it." The Thugs Of Hindostan actor added, "Junaid has not approached me for anything like this."

Speaking of his plans of casting his 7-year-old son Azad, Aamir said, "I haven't thought of any of this. Frankly, if my casting director suggests it and if Azad passes the audition, it could happen. My kids have to audition even for my home productions."

Aamir Khan and Kiran Rao married in 2005 and are parents to son Azad, who was born in 2011, while Ira and son Junaid are Aamir's children with his first wife Reena Dutta.

On the work front, Aamir Khan was last seen in Thugs Of Hindostan, co-starring Amitabh Bachchan, Katrina Kaif and Fatima Sana Shaikh. Aamir's next film is titled Lal Singh Chaddha and it is a remake of the 1994 Hollywood film Forrest Gump, which featured Tom Hanks in the lead role.