Ira Khan posted pictures from her Spring break and shot up the trends list. 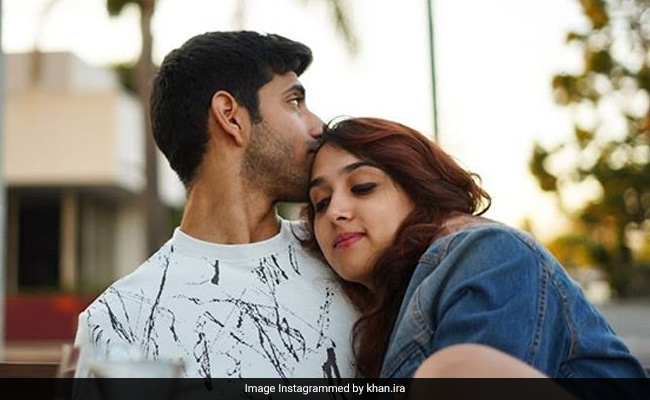 Aamir Khan's daughter Ira Khan shot her way to the top of trends list this week after posting a few photos of herself and a male friend on Instagram recently. Sharing photos of her spring break from Santa Barbara, California, Ira wrote: "Hope your Spring break was sunny and smiley as Mishaal Kirpalani, which of course, I piled onto." In the photos, Ira and Mishaal Kirpalani pose together but the last one in the carousel has sent netizens in a particularly speculative mood. Mishaal Kirpalani plants a kiss on Ira's forehead in the photo and folks on the Internet are wondering if Ira's dating this friend of hers. Check out Ira's Spring break album here.

In his Instagram bio, Mishaal Kirpalani has written he's an "artist, producer and composer." There are several glimpse of his singing on his profile as well. Meanwhile, we also spotted that Ira's feed is filled with photos of herself and Mishaal together. Take a look:

New Year's is such a weird concept. But we go along with it anyway. And its fun.. So Happy New Year!

Ira Khan, who has studied music, trended sometime in 2017 for reports stating that she was to begin her career in music as an assistant for composer Ram Sampath. Ram Sampath has composed music for Aamir's past projects like Delhi Belly and Talaash and also worked with the actor for his television show Satyamev Jayate. Meanwhile, Ira is often spotted hanging out with her father Aamir Khan in and around Mumbai. Well, looks like Aamir has indeed been working on his New Year resolutions, which included "spending more time with my children" among others.

Ira is the younger of Aamir Khan's two children with his first wife Reena Dutta. Their son Junaid often assists his father in filmmaking. Aamir Khan is now married to filmmaker Kiran Rao and their son Azad is seven-years-old.