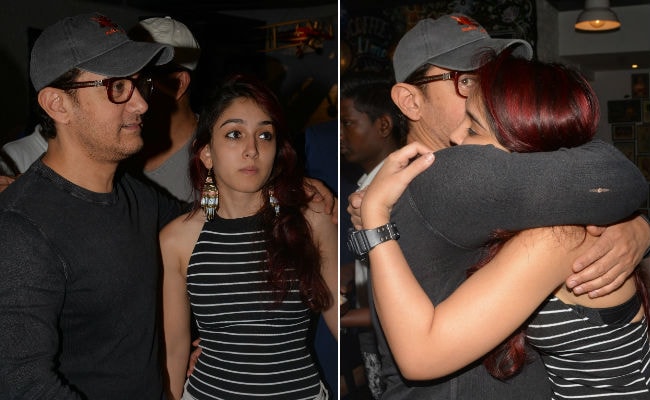 Aamir Khan with daughter Ira at the opening of a restaurant in Mumbai.

Aamir Khan caught up with his daughter Ira at a restaurant launch in Mumbai over the weekend. Ira, it appears met her father after a while, who has been busy with his several work assignments. Aamir Khan, dressed casually in a grey tee and trousers was spotted with Ira, who wore white denim hot pants with a striped crop-top. On the last day of 2018, Aamir Khan shared his new year's resolution among which one was to "spend more time with his children" and it seems Aamir Khan is taking potent steps to keep up his resolution. Take a look at these adorable pictures of Aamir Khan catching up with his daughter Ira: 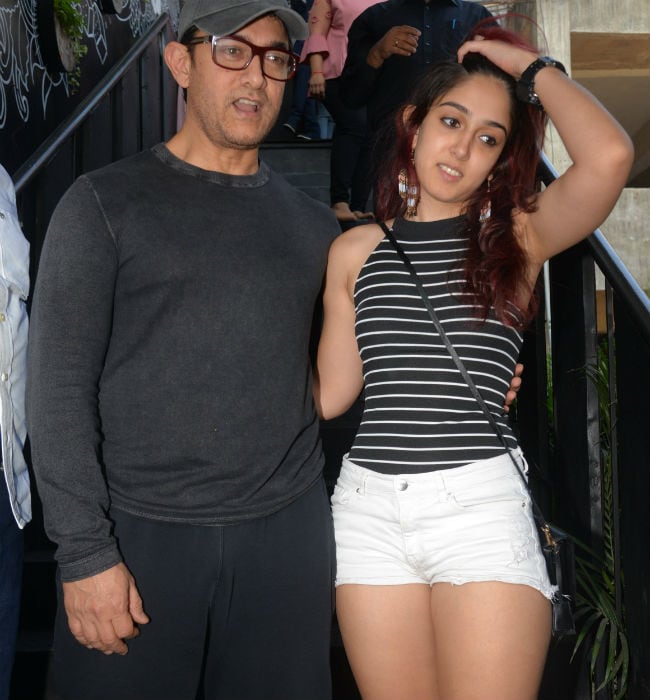 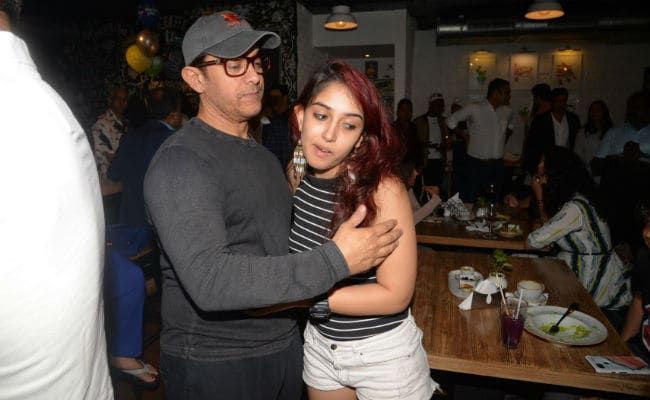 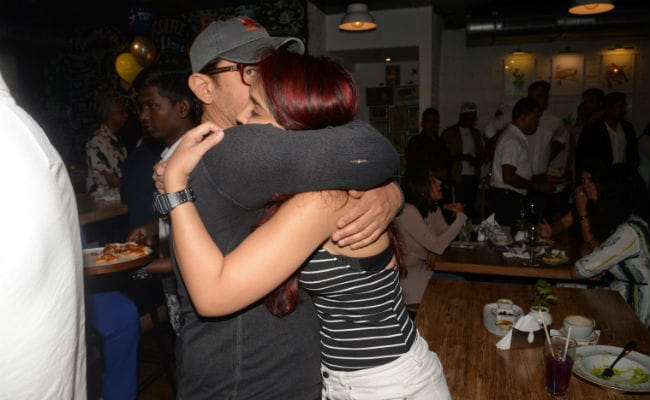 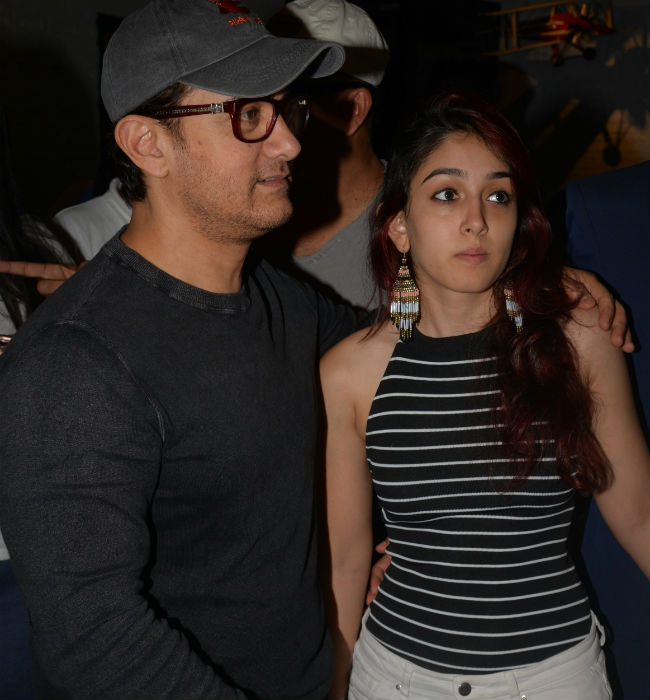 Ira is the younger of Aamir Khan's two children with his first wife Reena Dutta. Their son Junaid often assists his father in filmmaking. Aamir Khan is married to filmmaker Kiran Rao and their son Azad is seven-years-old.

Aamir Khan was last seen in Thugs Of Hindostan, which failed miserably at the box office. In India, the film started on a promising note, however, its lifetime collection stopped a little after Rs 100 crore. In China, where Aamir Khan commands a massive fan following which leads to unpredictable box office numbers, Thugs of Hindostan faded without a trace.

As of now, Aamir Khan is reportedly working on the Mahabharata series. Aamir Khan hasn't announced his next project yet.