"We had a lot of hopes for it but unfortunately (there was) the larger project of Mahabharata, which he was consumed by," the writer said 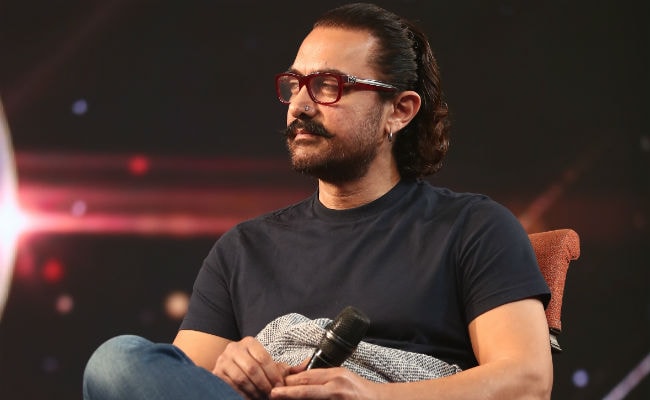 Writer Anjum Rajabali, who was looking forward to work with Aamir Khan in the biopic on astronaut Rakesh Sharma, said that as the superstar was occupied with Mahabharata, he couldn't do the film, reports news agency PTI. Anjum Rajabali was speaking on the sidelines of Cinestaan India's Storytellers Contest and Aamir Khan was there too. Salute (the biopic), which is now tentatively titled Saare Jaha Se Achcha, was previously offered to Aamir, but after he backed out, Shah Rukh Khan was signed for it. "I have been very excited about the project. Like Aamir, I have been a big fan of Rakesh and now he is a good friend also. Frankly speaking, I was very keen that Aamir do it and he, at that moment, had liked it," Anjum Rajabali told reporters, PTI reports.

"We had discussed it a lot. We had a lot of hopes for it but unfortunately (there was) the larger project of Mahabharata, which he was consumed by," he added.

Aamir, who hasn't yet spoken about why he opted out of the project, said that he "feels sad" for not taking it up, but is glad that Shah Rukh liked it.

The biopic will be directed by Mahesh Mathai and co-produced by Siddharth Roy Kapur and Ronnie Screwvala.

Meanwhile, Mahabharata, a seven-part web-series, is Aamir Khan's much-talked about project and is touted to be e made on a whopping budget of Rs 1,000 crores. After the release of Thugs Of Hindostan, it was reportedly said that Aamir will fly to the US soon to begin work on Mahabharata.