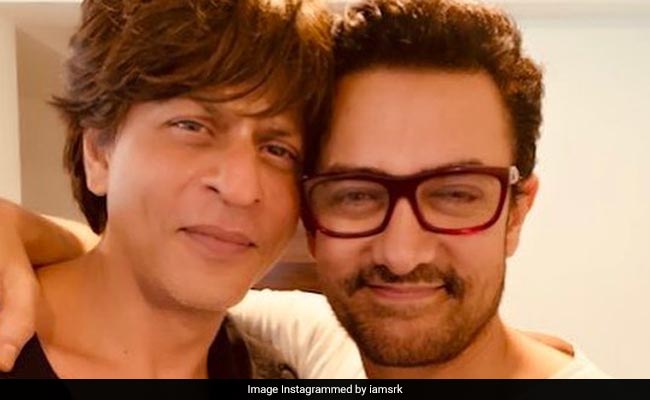 Days after co-producer of Rakesh Sharma biopic Ronnie Screwvala confirmed that Shah Rukh Khan has been roped in to headline the film, Aamir Khan in an interview to news agency PTI revealed that it was he who had initially suggested SRK to hear the "fantastic" script of the movie and do the film. Aamir said that he was so "fascinated" by the script of Rakesh Sharma biopic (tentatively titled Saare Jahaan Se Achcha) that he called up Shah Rukh and said: "Shah you should hear the script, it is fantastic. It will be right for you, if you like it". "It is a great script. I loved the script and the story of Mr Sharma is fascinating," PTI quoted Aamir Khan as saying.

Aamir Khan was previously cast as the lead of the biopic but he later backed out of the project later. It was reported that Aamir wanted to devote his time to his dream project Mahabharat therefore he preferred to back out. "Aamir is not a part of the Salute, the tentative name for Rakesh Sharma biopic. He's not in it, either as an actor or as a co-producer," SpotboyE report earlier stated. "The superstar is indeed working on Mahabharat. In fact, the pre-production work on the franchise has already begun," the report further stated.

Last week, the makers of Rakesh Sharma biopic confirmed that Shah Rukh Khan has given his nod for the film. Ronnie Screwvala in an interview to news agency IANS said: "We are doing that film with Shah Rukh Khan. We should begin it by February or March next year, but we haven't announced the female lead yet." The biopic will be helmed by Mahesh Mathai, who is a well-known ad filmmaker and has also made films like Bhopal Express and Broken Threads. According to reports, Bhumi Pednekar has been signed opposite Shah Rukh for biopic but a confirmation from the makers is yet to arrive.

Meanwhile, Aamir Khan is currently gearing for the release of Thugs Of Hindostan, which also features Amitabh Bachchan, Katrina Kaif and Fatima Sana Shaikh. The film will hit the screens on November 8.