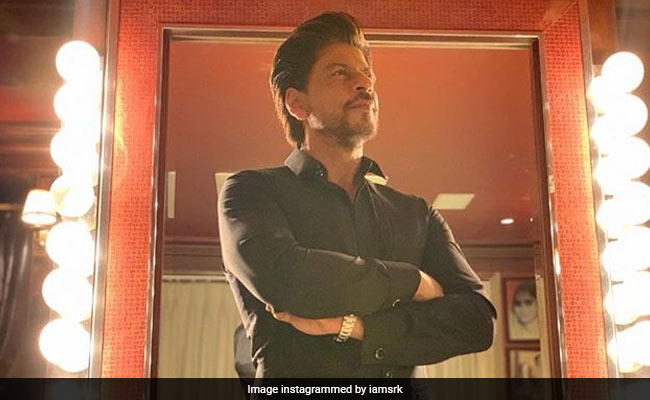 Shah Rukh Khan, who is currently gearing for the release of his upcoming film Zero, has been roped in for the biopic of India's first astronaut Rakesh Sharma, news agency PTI reported. The co-producer of the film, Ronnie Screwvala in an interview to news agency IANS recently said that Shah Rukh has given his nod for the biopic and the film is ready to go on floors by March next year. "We are doing that film with Shah Rukh Khan. We should begin it by February or March next year, but we haven't announced the female lead yet," PTI quoted Ronnie Screwvala as saying. The biopic will be helmed by Mahesh Mathai, who is a well-known ad filmmaker and has also made films like Bhopal Express and Broken Threads . The film has been titled as Saare Jahaan Se Achcha though an official statement confirming the name of the biopic is yet to arrive from the makers.

Earlier, Aamir Khan was cast as the lead of Rakesh Sharma biopic but he later backed out of the project. It was reported that Aamir's reason for not continuing with the film was his dream project Mahabharat. "Aamir is not a part of the Salute, the tentative name for Rakesh Sharma biopic. He's not in it, either as an actor or as a co-producer," SpotboyE report earlier stated. "The superstar is indeed working on Mahabharat. In fact, the pre-production work on the franchise has already begun," the report further stated.

Meanwhile, Shah Rukh Khan's upcoming film Zero is all set to the screens in December this year. In the film, SRK will play the role of Bauua Singh - a vertically challenged character. The film also stars Katrina Kaif and Anushka Sharma.