Aamir's Mahabharata will reportedly be a seven-part web-series 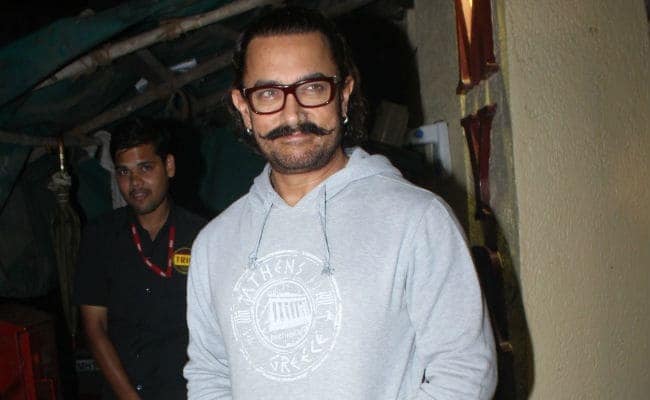 As Thugs Of Hindostan completes its run at the theatres, Aamir Khan is gearing up for his next ambitious project - the much talked about Mahabharata, said a report in Filmfare. The 53-year-old actor will reportedly fly off to the US soon to begin work on the seven-part web-series. "All set to work on a seven part long web series, Mahabharata, Aamir will be flying down to the USA to ideate on the project and bring it to life," said the Filmfare report. Aamir Khan will also reportedly be in charge of assembling the cast and begin recruiting for the web-series, which is currently in a nascent state.

"He will also be working on the core team and start recruitment for his big budget production of the Indian epic," the Filmfare report added. Aamir, who first revealed he would love adapt Mahabharata for a web-series last year, however, was quoted as saying at NDTV Yuva Conclave this year that "Main Mahabharat nahi bana raha hun. Filhaal main sirf Thugs Of Hindostan pe kaam kar raha hun," but work on Thugs Of Hindostan is well over now, right?

Earlier this year, Baahubali maker SS Rajamouli confessed that he's looking forward to recreating Mahabharata around the same time when reported details about the web-series began cropping up on the Internet. Aamir Khan also promptly expressed his desire to collaborate with SS Rajamouli. Meanwhile, there was massive outrage on social media following reports that Aamir may portray the role of Lord Krishna or Karan in the web-series because he's Muslim. Reportedly to be made on a whopping budget of Rs 1,000 crores, the project is said to be co-produced by Reliance boss Mukesh Ambani.

Meanwhile, Aamir Khan is said to have come on board for a biopic made on self-styled godman Osho. He is also producing a biopic on slain T-Series boss Gulshan Kumar. However, there's been no official confirmation from Aamir Khan about his future projects.

Aamir's Thugs Of Hindostan, which hit screens on November 7, has made over Rs 123 crore so far despite the collections taking a sharp downward plunge opening day onwards.