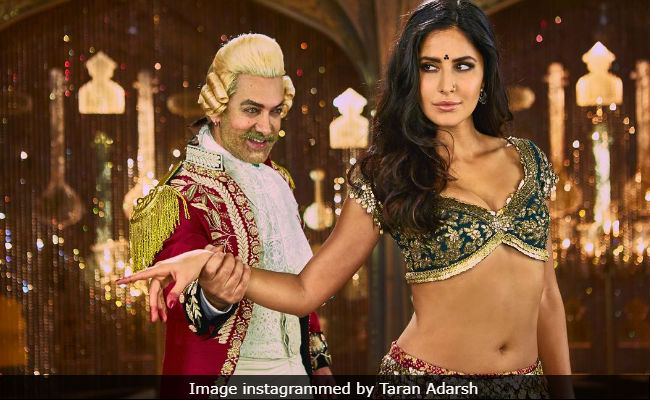 Aamir Khan's Thugs Of Hindostan "faced rejection" over the weekend in China, which is generally a hot market for the 53-year-old actor's films, tweeted trade analyst Taran Adarsh. The film collected Rs 32 crore in three days. "Thugs Of Hindostan faces rejection in China... Remained at low levels over the weekend," Taran Adarsh wrote, adding that the total includes preview shows, which were held before the film's official release on Friday. Thugs Of Hindostan, which was touted to be Yash Raj Films' big Diwali release, turned out to be a damp squib at the Indian box office. China, where Aamir Khan's previous films like Dangal and Secret Superstar made box office history of sorts, too rejected Thugs Of Hindostan.

Here's the day-wise collection of Thugs Of Hindostan in China:

Thugs Of Hindostan also stars Amitabh Bachchan, Fatima Sana Shaikh and Katrina Kaif, and it is directed by Vijay Krishna Acharya. It is the first Indian film to adapt the thug of thuggee story onscreen. Thugs Of Hindostan is the story of Zafira (Fatima Sana Sheikh), who is raised by a thug named Khudabaksh Azaad (Amitabh Bachchan) after her parents are killed by the East India Company officials and her kingdom is seized. Several years later, Zafira returns to avenge her parents and reclaim her kingdom with the help of Khudabaksh Azaad.