Thugs Of Hindostan hit the screens in China on Friday 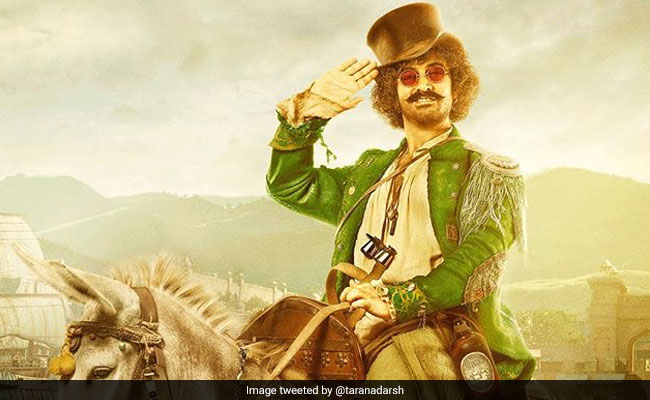 Aamir Khan's Thugs Of Hindostan which released in China on Friday, has taken a "shocking start" at the box office, Bollywood trade analyst Taran Adarsh tweeted. Thugs Of Hindostan, which hit the China box office almost a month after its release in India, has collected Rs 10.67 crore on the opening day. This is bit of downer for Aamir Khan whose previous releases like Dangal and Secret Superstar have had a "stupendous" run at the box office. "Aamir Khan is a big draw in China and his last two films (Dangal, Secret Superstar have done stupendous business there... Yet, Thugs Of Hindostan has had a shockingly low start in China. Friday $ 1.53 million (Rs 10.67 crore). Includes previews, showings: 27,57, admissions: 338,601," Taran Adarsh wrote.

#ThugsOfHindostan has received a substantial amount [Rs 100 cr+] upfront from #China thanks to the superstardom that Aamir enjoys there... Irrespective of how #TOH fares in #China, YRF is already in safe zone due to the solid price they have received from the local distributors.

However, a Box Office India report stated that the film is expected to show some "growth" on Saturday. "The film will lose heavily for Chinese distributors which is a first as far as Indian films are concerned as they have never fetched a price. The film still should still show growth on Saturday despite it being a film which has faced rejection wherever released but from a start like this it leaves it little chance as this one needed a big run in China," the report stated.

Aamir Khan, Amitabh Bachchan and Katrina Kaif's Thugs Of Hindostan, which was big Diwali release this year has collected Rs 151.19 crore so far (India business). On the opening day, Thugs Of Hindostan earned over Rs 50 crore. The collections of the film went down thereafter.

Thugs Of Hindostan, also starring Katrina Kaif and Fatima Sana Shaikh, released to poor reviews. In his review for NDTV, film critic Saibal Chatterjee gave Thugs Of Hindostan 2.5 stars out of 5. "Big, bloated, bombastic, Thugs Of Hindostan is a period saga that banks solely upon action and spectacle for impact," he wrote.